There are a number of technologies available to accelerate the trial process, paving the way for a new paradigm. Leeza Osipenko, senior lecturer in practice at the London School of Economics and Political Science (LSE) and visiting fellow of the Centre for Global Development, speaks to Louise Thomas about the potential for blockchain to optimise workflow and improve transparency.

Blockchain is a digital technology that uses cryptography to ensure that multiple sets of the same data, held by separate users, are identical. It is most well-known for its role in the cryptocurrency bitcoin. Blockchain’s applications in finance have led to much confusion and scepticism regarding its value as many cryptocurrency projects have failed to live up to their hype. However, it has huge value for a number of applications, not least of all clinical trials.

Leeza Osipenko, senior lecturer at LSE and former head of scientific advice at the National Institute for Health and Care Excellence (NICE), has no interest in contributing to the buzz around blockchain.

“I think that in the clinical research setting, people don’t really understand what it is, and cannot appreciate the potential and limitations of blockchain,” says Osipenko. “It is thought of as ‘hype’, but in fact it is a pragmatic IT solution that can make data management functions inaccessible today.”

Of course, blockchain is not new to pharma. “The industry is either contemplating or already using it for supply chains, for manufacturing logistics and for patient recruitment into clinical trials,” says Osipenko. “These are all good steps.”

Osipenko is most passionate about its application within clinical trials. “At NICE, I was critiquing clinical trials and saw many problems,” she recalls. “I wanted to do something about it at a policy level.”

In a recent opinion article in the BMJ, Osipenko discussed many of these issues, which are not easy to address. “We created a system where the organisations running the trials are the ones analysing them,” she says. “We have accountants that check tax returns, we have independent examiners that test driving skills, but with clinical trials we don’t have that independent validation.”

For blockchain to overcome these problems, a huge shift in the industry is needed. “We are very far from this level of transparency and integrity in clinical research,” says Osipenko. “For blockchain to succeed, we need to break this cultural norm.”

This means changing who is responsible for implementing blockchain. “It is important that the data sets cannot be tampered with, that they are immutable and can be delivered for analysis to third parties that have nothing to do with the trial,” explains Osipenko.

“This is an extremely uncomfortable situation for anyone running the trial because they have been accustomed to the idea that if they run the trial, they own the trial. And they know how to present it at the end so that it favours all the efforts that they have put into it.”

The problem is not unique to industry professionals. “Actually, some things pharma does much better than academia in running and reporting clinical trials,” says Osipenko. “The problem with commercial trials is that they set the wrong questions – they set marketing questions, which regulators almost never challenge.

“Academics may set better questions but then face multiple technical and bureaucratic barriers to design and carry out the trials appropriately. Then of course, there is an interpretation and publication bias, which is characteristic of commercial and non-commercial trials, as both groups analyse their own data.”

It all comes down to an intrinsically human trait: the desire for progress. “The trouble is that sensationalism moves things forward and people crave it,” says Osipenko. “It is natural to try to present things in a better light, and medicine is full of that.”

This yearning is particularly prevalent among people experiencing health issues.

“When people become sick, they become emotional because they want a cure,” says Osipenko. “They don’t care about the technicalities of the trials, scientific rigour – they want a solution. Thus, it is the responsibility of the system caring for them to ensure that the research carried out to help patients is conducted with the utmost transparency and integrity, and this must apply to methodology, analysis and reporting.”

“The industry is either contemplating or already using it for supply chains, for manufacturing logistics and for patient recruitment into clinical trials.”

The sobering reality of study results is difficult to accept, says Osipenko. “This has rather little to do with the human factor; biology is just very, very difficult and rarely offers clear solutions,” she explains. “This is often incomprehensible and intolerable to the human mind, so it is very natural that we convert signals into dogmas and celebrate them, often too early.”

The huge investment involved further intensifies the situation. “Many phase-II trials in oncology have been hyped as the cures of tomorrow, and these are the products which, more often than not, deliver disappointments, and they cost a fortune,” says Osipenko. “It is all money-driven; trials are very expensive. People who have the resources are free to play the game they want to play.”

Osipenko is not advocating for industry to be completely removed from the trial process, however. “Implementing blockchain in this way means that they can still analyse their own data but in parallel – it is analysed by an auditor [a regulator or an academic centre],” explains Osipenko.

“We are very far from [the necessary] level of transparency and integrity in clinical research. For blockchain to succeed, we need to break this cultural norm.”

“In my view, the data analysis should be performed by a completely independent organisation that is not being paid by pharmaceutical companies or gaining money from an academic grant. Results should be made publicly available. It should be a stand-alone governmental agency having no vested interest in any trial or development.”

Such radical ideas are likely to be met with a mixed response. “For regulators, this is great because they spend lots of effort and resources on auditing, and blockchain can replace many of their functions,” says Osipenko. “For society, it might be a new step in evolution. The industry will not ever go into transparency voluntarily. However, I hope public funders of clinical research embrace the importance of this development and appreciate how much it can help them deliver on their mission of protecting public interests, both clinically and financially.”

Implementation of blockchain in this way would certainly not be straightforward, either. “The biggest barriers are political, cultural and emotional,” says Osipenko. “Of course, it is also an investment; it is not going to be cheap, at least to begin with.”

An increased use of blockchain could also be met with resistance by CROs. “They are the key beneficiaries, they make a lot of money through running these trials,” explains Osipenko. “All of a sudden, many functions of their intermediary role might be lost.”

Contrary to popular belief, limitations of the technology are not a problem, as Osipenko explains. “With blockchain there are a few issues here and there, but the technology is developing rapidly, offering more versatile and cheaper solutions,” she says. “Technically, it is complex, but we have set up databases and software to manage clinical trials. Adding blockchain should not be rocket science.”

Osipenko is tentative about whether we will ever see blockchain used in the way she is advocating. “I mean, to me it would be the dream for it to become the norm,” says Osipenko. “I don’t know if our society will develop in that direction. It is not just about blockchain, it is about many things in healthcare that are not moving towards transparency and integrity.”

Certainly, it doesn’t appear to be likely in the near future. “I don’t think much will happen in the next three to five years,” says Osipenko. “Agencies are very much under-resourced, and culturally this generation is just not ready for the transparency and engagement required. Regulators are being paid by the industry, and are not free from the conflict of interest to impartially prioritise the interests of the public and patients.”

We are likely to see small signs of progress, however. “The uptake of this idea of transparency and integrity by the regulators will be very slow,” says Osipenko. “The good news is that if this happens one day, the technology will be cheaper, versatile and with more providers. The price tag should be lower and the speed of implementation will be faster.”

The promising use case for blockchain in clinical trials

Blockchain could revolutionise the way we approach pharmaceutical research and development by assuring the integrity and transparency of clinical evidence, and by offering advanced solutions for managing identities and data access. Below are three examples of clinical trial procedures where blockchain could add considerable value:

Patients should only be enrolled in a clinical trial after having provided their full, informed consent on the study design and procedures. Proof of informed consent takes the form of an informed consent form (ICF) signed by the patient. Unfortunately, the ICF is regarded as one of the most fabricated documents in clinical research, and researchers are sometimes seen to enrol patients or even start data collection before the ICF has been signed.

By registering a hash of the signed ICF on the blockchain, researchers can prove that the patient has consented to participate in the clinical trial in a timely, unfalsifiable and verifiable way. Moreover, as clinical trial data-capturing tools may also be integrated with the blockchain layer, conditional terms can be set in place, such as only allowing data inputs for a specific patient after that patient’s ICF has been registered on the blockchain. In case there has been a change to the study design (as registered in a trial protocol document), data inputs could be allowed only after patients have consented to the protocol alterations.

There have been numerous instances where researchers have changed their initial clinical trial hypothesis and analysis plan after analysing their research data to beautify the trial outcomes – a process known as ‘p-hacking’ and ‘data dredging’. This is a dangerous malpractice, and regulations therefore explicitly state that outcome measures need to be defined prior to the start of the study. By registering a hash of the statistical analysis plan on the blockchain before the start of the trial, researchers can prove that they have adhered to the predefined outcome measures.

To prevent unintentional and unauthorised changes after the final data entry, check-up and analysis, regulations stipulate that the clinical trial database is locked after data collection has concluded (the ‘database lock’). Strikingly, there have been various cases where researchers did alter their evidence, with health damaging and costly consequences.

Using blockchain technology, researchers can generate verifiable proof that their data set has not been altered. This can be done in an easy and efficient way by generating and registering a single hash (32 bytes in size, plus optional metadata) of the entire clinical trial database (hundreds of gigabytes in size). 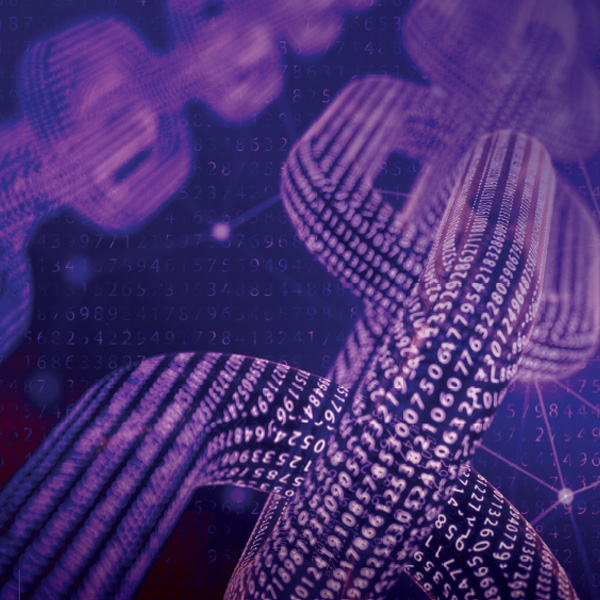