Driven by ethical considerations and the aim to gain an edge within drug approval, comparator use is growing steadily in clinical trials. However, implementation is by no means straightforward. Will Moffitt speaks to Niklas Mattsson, head of comparator planning at Merck, about the potential pitfalls and how the Falsified Medicines Directive (FMD) adds an extra layer of complexity.

While placebo-based studies are considered clinical research’s ‘gold standard’, pharmaceutical companies are increasingly looking to compare novel, potentially life-saving drugs against what’s on the market. According to a Pharma Intelligence report, in 2005–17 almost half of phase-III clinical trials were comparator-controlled, while only a third of cancer trials used a placebo.

This approach provides patients with current forms of treatment, rather than inert substances, facilitating more informed assessments on the merits – or, sometimes, inadequacies – of new medications.

For government bodies and regulatory agencies, this shift is welcome, allowing them to approve drugs that are more effective while ensuring trial practitioners are taking well-known, reliable forms of medication. Not only can this provide an edge in a competitive market, they can boost patient recruitment rates. Increasingly, ethical issues have also been raised about the use of placebos, particularly for diseases such as cancer, leading to more frequent comparator use. The increasing prevalence of diseases requiring co-therapies, such as HIV and certain cancers, has also led to comparators being used more frequently; some studies testing the effectiveness of drugs in treating lung cancer require multiple experimental drugs being used in a single trial against active medicines. For all pharmaceutical companies, the pressure to find appropriate active drugs has increased, which in some cases results in huge sums of money being invested in sourcing.

While there is relatively little data on the exact costs of comparator sourcing, the Tufts Center for the Study of Drug Development (CSDD) surveyed 11 large pharmaceutical companies, estimating they spend an average of $25 million a year on this activity.

Niklas Mattsson, head of comparator planning at Merck, has witnessed the shift to comparators firsthand: “The major market has changed; you used to have blinded studies with head-to-head comparator and placebo. Now it’s companion medication. You have these enormous biological oncology studies where you throw in a big mix of companion medication. The business has grown – last year we spent something like $100 million [on comparators].”

Emerging markets are already playing a key role, expected to account for 25% of global trials by 2020, providing pharma companies with access to swathes of populations eager to enroll in active trials. Ensuring there are sufficient comparators for the trial is paramount. This requires a thorough knowledge of the specific regulations in countries where certain rules around decommissioning could delay drugs moving through the supply chain. This is particularly important for ‘blockbuster treatments’, where small delays could drastically impact costs. “It’s all about sourcing and procurement,” Mattsson says, “It’s a big headache when we cannot get these products because then we can’t support a study, and that’s a big, big problem.”

The cost of false medicine

A bigger headache is planning an expensive clinical trial for a drug that turns out to be substandard. In 2007, a £1 million cardiac drug shipment was sent to a UK company for comparator study. It was quickly discovered that the entire contents of the package was falsified, so the trial had to be abandoned.

One area that could be very impactful on sourcing comparators in Europe is the Falsified Medicines Directive (FMD), which applies to all pharmaceuticals travelling in the EU. The directive, adopted in October 2015, is intended to address the issue of counterfeit drugs in the supply chain, “disguised as authentic medicines [that] may contain ingredients of harmful or toxic quality, or in the wrong dosage”.

In February 2019, European authorities implemented a new labelling method wherein products are inscribed with a two-dimensional barcode – containing a product code, serial number, expiry date and batch number – and an anti-tampering device. This enables data to be stored on a centralised database managed by the European Medicines Verification Organisation (EMVO), which checks the authenticity of individual products, flagging certain items that have been tampered with or appear fraudulent.

Ultimately, the aim is to establish a more transparent and rigorous supply chain, with new technologies notifying authorities of the status and condition of particular drugs deemed to be suspicious.

Under article 23 of the legislation, comparators and non-investigational medicinal products (NIMPs) bound for clinical trials need to be decommissioned before they are dispensed. While this activity should be relatively simple, things inevitably become more complex when active drugs are being sourced from multiple locations, particularly when staff members are unfamiliar with new forms of technology. In response to a question posed on existing medicinal products, the guidelines state that where hospital pharmacies are “providing a licensed medicine as part of a clinical trial being undertaken within the hospital” the licensed medicine would “need to be decommissioned either when repackaged by the hospital pharmacy or when supplied to the patient”. Queries to the Specialist Pharmacy Service website suggest this has caused confusion, particularly in hospitals, with practitioners unsure when comparator medicines should be scanned and by whom.

25%
The percentage of clinical trials that are expected to be accounted for by emerging markets by 2020.
Mediadata Solutions

In light of this uncertainty, and to respond to multiple other queries about secondary-care services and the FMD, the NHS issued a document in July 2019 to provide greater transparency on these issues. While the FMD has been looming on the horizon for some time, it remains to be seen how effectively and enthusiastically it will be adopted by the industry. In July, the EMVO announced that a significant proportion of manufacturers and pharmacies had failed to comply with the directive, with 40% of manufacturers and 25% of pharmacies, hospitals and wholesalers across Europe not fulfilling the requirements.

“The major market has changed; you used to have blinded studies with head-to-head comparator and placebo. Now it’s about companion medication.”

To prevent problems, all parties must be aware of legislation and ensure that actors throughout the supply chain have the technology to comply with these demands.

From Mattsson’s perspective – so far, at least – the FMD has mostly been a ‘soft launch’, with some European operators abiding by the regulations more closely than others. “Not all countries were prepared. I think it was only Germany who were ready for it from day one, and it’s still not perfectly implemented at the moment.” In some quarters, the FMD has also raised the question of whether pharma companies feel that falsified and substandard medicine is a significant problem for high-income countries, with many seeing it as mainly an issue for trials in emerging markets.

In an article published in The Pharmaceutical Journal in July 2019, pharmacist Naira Ghanem argues that “a prevailing view among healthcare professionals in HICs is that substandard and falsified medicines are not a problem that affects them directly”.

However, Ghanem emphasises its importance, arguing that “pharmacists and healthcare professionals need to understand how substandard and falsified medicines affect pharmacy practice”.

While WHO estimates that only 1% of sales in highincome countries are counterfeit, it acknowledges that estimate is, “likely a small fraction of the total problem and many cases may be going unreported”.

Ghanem’s beliefs echo those of Professor Paul Newton, head of medicine quality at The Worldwide Antimalarial Resistance Network (WWARN), who has suggested policy guidelines need to be clearer on “how to monitor and safeguard the quality of medicines used in trials.” In a 2015 paper published in the British Medical Journal, Newton and colleagues investigated the use of poor-quality medicines in clinical settings across countries including Africa and several HICs. As this work demonstrates, the falsification issue is not solely a problem for lower to middle-income countries.

“If the standards aren’t tightened, it is likely that poor-quality medicines used in clinical research may waste time and resources, provide misleading conclusions, cause adverse events in patients, or inappropriately inform public health policy,” Newton warns.

1%
The estimated amount of medicine sales in high-income countries that are counterfeit, though the number may be far higher since many cases go unreported.
WHO

While this sentiment is well founded, Brexit, and the chaos and uncertainty it has created, has made it difficult for UK manufacturers, pharmacies, hospitals and wholesalers to fully commit to the FMD. “If you have operations in the UK, you have the decommissioning issue and the serialisation issue,” Mattsson says. “And then they also have the huge problem of Brexit, because it’s so insecure that inevitably they’ve had to prepare for a hard Brexit just by default.”

Were the UK to leave the EU, the Medicines and Healthcare products Regulatory Agency (MHRA) has said that legal obligations to cooperate with the FMD “would be removed for actors in the UK supply chain”. This would make the FMD optional, although some practitioners believe that it should be complied with to optimise the security of the supply chain.

Until Brexit and its consequences are finalised, pharmaceutical companies sourcing comparators from within the UK will have to abide by the current regulations, ensuring that all products are correctly decommissioned to ensure a smooth transition for their use in clinical trials, facilitating the development of novel treatments in research.

While many companies have been slow to implement the FMD, failure to properly abide by the initiative will lead to logistical failures and improperly decommissioned drugs – a move that could prove fatal further down the line. 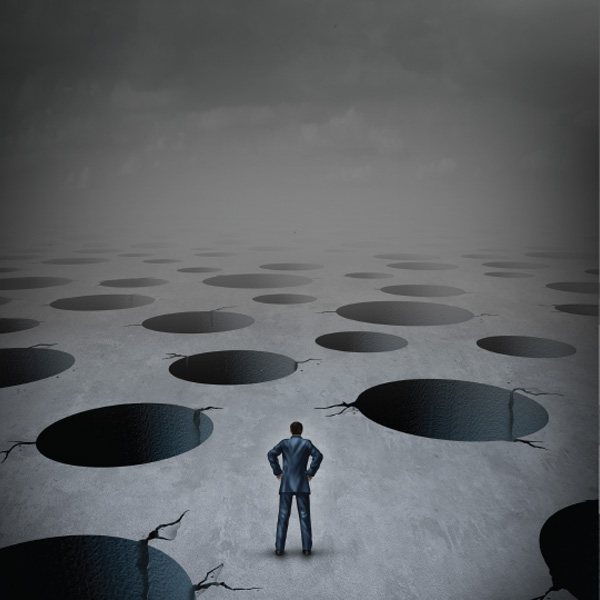