For years, clinical trials have been stymied by confusing regulations and high levels of patient drop-out, all of which wastes money and prevents drugs from getting to the people who need them. By using clinical quality management systems (CQMSs) and good clinical practice (GCP), which help clinicians carefully plan and conduct trials, the process is made far simpler. Andrea Valentino talks to Melissa Suprin, head of quality risk management at Pfizer, about how CQMSs can help clinical researchers – and how the scattered regulatory finally seems to be getting organised.

The first truly modern clinical trial happened almost by accident. In the mid-1940s, as doctors at the British Medical Research Council investigated the benefits of streptomycin in fighting pulmonary tuberculosis, they realised that post-war shortages meant they lacked medicine to treat every patient. That led them to develop one of the hallmarks of modern clinical trials: randomisation. Though some of the trial patients were treated with streptomycin, others were randomly picked to simply get ‘bed rest’ – even if they ended up getting their doses of streptomycin later.

From these modest beginnings, the clinical trial has developed into one of the most sophisticated and expensive areas of medicine. The global trials market was estimated at $44.2 billion in 2018, and is expected to leap by a CAGR of 5.7% to 2026. This growth is accompanied by a broadening of the clinical trials market beyond the US. More than 153,000 trials, or 49% of the total, are now registered beyond US shores.

However, even as clinical trial numbers continue to skyrocket and drug shortages now feel quaintly archaic, today’s researchers are facing problems all of their own. That encompasses everything from long delays to regulatory confusion – challenges hardly softened by the increasingly global nature of the trials market. Still, the situation is far from hopeless. By using quality management systems to organise and conduct clinical trials, researchers can improve their processes, protecting patients and saving money along the way.

Over the past few decades, clinical trials have become increasingly complex. According to one report, for example, study site work in oncology trials has jumped by 10% a year. This has been shadowed by an 8.7% annual increase in procedural frequency, and a significant jump in patient questionnaires. Nor are oncology studies alone; one broad analysis, published by Nature, found that the average number of patient procedures has increased by 58%.

Faced with these challenges, you might have expected that researchers would have long ago developed robust systems to ensure their trials run smoothly and that their results are accurate.

For years, however, investigators have struggled to cope – a problem reflected in the statistics. Adverse events in oncology trials, for example, rose by 122% in the 12 years to 2014; delays soon follow. At the moment, after all, around 85% of all clinical trials finish late and 94% are bogged down for over a month. Apart from keeping new drugs from the patients who need them, hold-ups are expensive. Even a single day of delay can cost up to $8 million, according to a study by CenterWatch.

To be fair, these mishaps are not totally the fault of investigators themselves. With trials becoming more international, guidance has fractured across documents and sources, from the International Conference on Harmonisation (ICH) to the International Organisation for Standardisation (ISO). This is even as the FDA and MHRA expect researchers to implement robust ‘clinical quality management systems’ (CQMSs) to prevent trials from going wrong.

“We have 20 member companies that work in 30 countries, and interface with 13 different regulatory authorities,” says Melissa Suprin, TransCelerate’s QMS initiative co-lead and head of quality risk management at Pfizer. International regulatory variation is a “challenge”, she adds. To be fair, bodies such as the ICH are trying to sharpen guidelines, but it can take a while, Suprin says, for companies to get to grips with the latest rules. This includes ICH E6(R2), which addresses GCP in designing, conduct and reporting human trials.

70%
The percentage by which Merck has cut its number of corrective action and preventative action (CAPA) incidents since building up its CQMS.
Merck

“There is always a challenge to make sure that companies can adapt from a compliance perspective when requirements are newly being stated, even if there were processes in place before,” she explains.

To make matters even more confusing, several organisations, including the European Medicines Agency and Health Canada, argue that the ICH should issue new QMS guidelines that are distinct from ICH E6.

QMS frameworks have existed across different industries, from aviation to car manufacturing, for years, but it is only in the past decade or so that they have been fully embraced in clinical trials. Just as well: beyond the nebulous name, CQMSs can hugely improve trial speed and efficiency. That often begins with the simple things, such as compiling best practices together into a unified document so that researchers can conduct tests confidently. Integrating regular meetings with bosses, and emphasising accountability, ensures that confusion is stamped out quickly.

“Companies are adopting ICH, too, but it is less of a choice if that is what the regulatory agency in a country has decided is the requirement.”

More broadly, CQMSs normally encourage researchers to focus on problems that matter – typically ones that actually threaten patient health and safety, or the reliability of results. Apart from saving time and money, this method improves morale, which is vital in a field where 8% of trial recruits drop out after enrolment. Not that it is just for show – there is ample evidence that CQMSs really do work. For example, Merck reports that since building up its CQMS, it has cut its number of corrective action and preventative action (CAPA) incidents by 70%.

Companies typically use a range of other key performance indicators (KPIs) to gauge CQMS success, too. These can include everything from measuring the proportion of databases being locked promptly to the amount of time it takes to recruit patients into a study. Even so, Suprin emphasises that just as no two trials are identical, so their management systems have to be flexible. To put it another way, KPIs are only helpful in the context of a particular trial or company. To explain what she means, Suprin takes the example of a company that outsources its monitoring. In this case, she says, its quality metrics on monitoring are going to “look different” from companies that outsource monitoring.

“You have to figure that out before you can consider which metrics you need to make sure that you are correctly overseeing your QMS,” she says.

In any case, Suprin continues, as great as faster trials and fewer CAPAs are, the “real driver” for CQMS implementation is patient safety.

“There is always a challenge to make sure that companies can adapt from a compliance perspective when requirements are newly being stated, even if there were processes in place before.”

“The message here for CQMS is really around the protection of participants in a clinical trial, and the reliability of the results,” she says. “Making sure that if we are running a trial, we are coming out with useful results, and we didn’t just put people through a medical intervention to find out nothing. Those are the two primary drivers. You may get side benefits and efficiencies beyond that – preventatively [fixing issues] and getting [processes] right the first time – but we don’t see getting efficiencies as the primary driver.”

Given the central place of patient safety in clinical trials, it is hardly surprising that companies are collaborating to build up their CQMSs, even if initiatives such as TransCelerate, which provides a framework for researchers to build on, are only there to tweak pre-existing systems.

“Many of our member companies already have elements of a CQMS in place, and it is now a matter of connecting them together, or making sure they have robust documentation, or that they were applied consistently,” Suprin explains. “It really depends on what was changing or what TransCelerate suggested.”

It helps, Suprin adds, that as a leading member of the scheme, Pfizer can get advice from its partners within the industry.

“Our collaboration with TransCelerate allows us to see what other companies are doing in order to be compliant with new requirements.”

As with in other areas of the industry, technology is transforming clinical trials. As patient records go online, researchers are now using electronic health records (EMRs) to broaden their trial data pool, while sources such as genetic data are increasingly popular, too. Similar developments are happening in the field of CQMS, Suprin explains.

“Big data is everywhere, and we are continuing to move towards integrating it into quality management,” she says. “I think the industry’s ability to have analytics in the component parts of the QMS will be important, too.”

These technical advances are dovetailing with new guidelines, which are in turn being adopted by regulatory bodies, including in Europe and the US.

“Everyone has been adopting the ICH E6(R2) changes,” Suprin explains. “It has really been across the industry. This is because they have been taken on by a number of regulatory agencies across the world. They touch a number of different areas: everything from vendor oversight to monitoring to quality risk management.”

Updated ICH guidelines, including the E6(R3) and E8(R1), are planned, too. Unsurprisingly in an industry now enamoured with disparate data sources, much work is being put into ensuring that its quality is up to scratch, especially as some of the last advice came out when ‘the cloud’ was purely something in the sky. Happily, Suprin says, pharmaceutical companies do seem keen to keep their CQMSs current.

“Companies are adopting ICH, too, but it is less of a choice if that is what the regulatory agency in a country has decided is the requirement,” she explains. In that respect, complying with inspectors will never be a finished process. Rather, companies have to keep “maturing” their CQMSs as regulatory agencies adjust, Suprin notes. This is not a simple task, but given that CQMSs have flexibility at their core, companies that fully embrace the systems can probably rest easy.

If only those drug-starved clinicians from the 1940s could come back and see that. 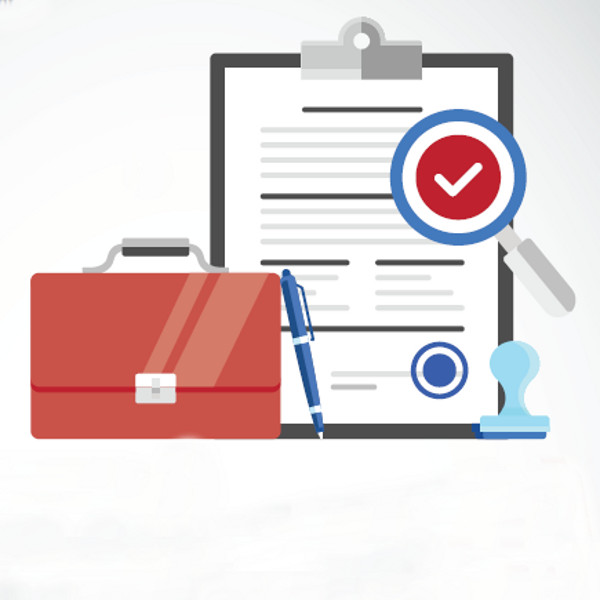 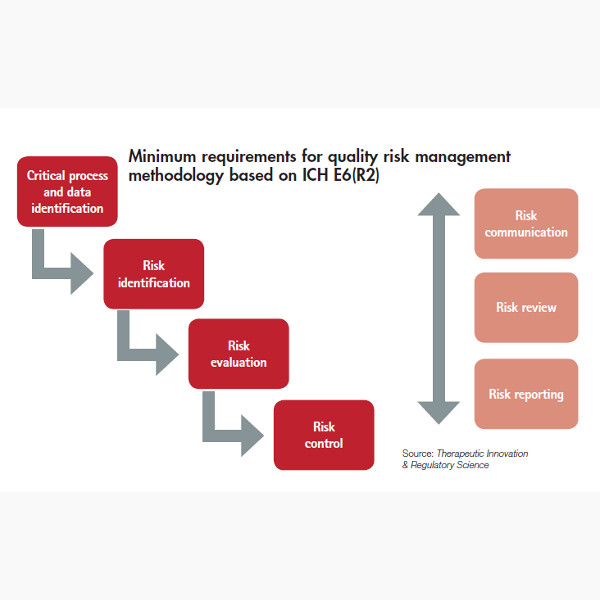