The mind leading the blind

Interactive response technology (IRT) systems are crucial to the efficient management of clinical trials. The medium has evolved from a telephone-based interface to one based almost entirely on computers, and issues concerning training, interoperability and safety remain. Greg Noone talks to consultant and former Pfizer executive director Michael Moorman about the contribution made by these programs, and the pitfalls when a trial relies on a poorly designed variant.

James Lind was not surprised by what he discovered on the HMS Salisbury in May 1747. As chief physician at the Royal Navy’s hospital in Portsmouth, he encountered cases of scurvy among sailors on an almost-routine basis. The 12 patients he found on the warship were no different. “Their cases were as similar as I could have them,” he wrote. “They all in general had putrid gums, the spots and lassitude, with weakness of the knees.”

Lind had not boarded the Salisbury to just treat these men. Rather, he was there to prove a suspicion he had long harboured about the origins of scurvy; namely, that the cause of the disease was down to a lack of fruit and vegetable intake – a point underscored by the common diet of hard biscuits, meat and rum suffered by most sailors of the time. To demonstrate this, Lind prescribed a meal plan of sugared water gruel for breakfast, mutton broth for dinner and a supper of barley and raisins, with rice and currants.

77%
The percentage of respondents that said they would prefer to keep the telephone system as a backup to webbased IRT systems.
Society for Clinical Trials

The physician then proceeded to divide the 12 sailors into groups of two, further supplementing the group’s diet with cider, sulphuric acid, vinegar and seawater respectively. “Two others had each two oranges and one lemon given them each day,” wrote Lind at the time, while the “two remaining patients took… an electary [sic] recommended by a hospital surgeon.”

After several days, the results of Lind’s experiment were conclusive: those sailors prescribed the oranges and lemons recovered the most quickly. “Next to the oranges, I thought the cyder [sic] had the best effects,” the Scottish doctor added. More revolutionary yet, however, was the structure of Lind’s experiment. Not only had he definitively shown that sailors required fruit to stave off the ravages of scurvy, but he did so in a structure wherein an active comparison could be drawn between the treatment being tested and a control group of sufferers. Although the Royal Navy would not implement Lind’s recommendations until a year after his death, he had effectively invented the modern clinical trial.

“When the patient comes in, depending on how they’re randomised, and other factors that may include stratification, titration and so on, the computer determines what medication and what dose is required.”

Generations of doctors and pharmaceutical experts have heavily refined the practical dynamics of the exercise since then, with vast increases in the size and scope of clinical trials supported by advances in drugs research and a general impetus to whittle away at the uncertainty principle underlying some results. These days, the random sorting of subjects into groups within the clinical trial – a principle referred to as ‘randomisation’ – has become routine, in addition to the use of placebos and the designation of the experiments as ‘blind’ or ‘double-blind’ in order to reduce the effect of any unintentional biases on the concerned trial patients.

These processes and more are supported by interactive response technology (IRT) systems, which are used to manage everything from the management and the dispensation of drugs to the randomisation of patients to different treatment arms in trials where manually accomplishing these processes would prove onerous.

“We don’t really think of it now, but they really have been a transformational technology for clinical research,” explains Michael Moorman, a former biomedical engineer turned consultant who spent 20 years overseeing nearly all operational aspects of clinical studies at Pfizer, including supply, study and data management, as well as programming and safety reporting. “Prior to these types of systems, the types of controlled clinical trials you could do from a study design perspective were very much limited by constraints around how you had to pack and label study medication for each individual that was going to be randomised.”

One of the most important functions of an IRT system, explains Moorman, is their ability to assign each dispensable unit to patients using its unique ID, keeping its contents blinded to study personnel. “Then, when the patient comes in, depending on how they’re randomised, and other factors that may include stratification, titration and so on, the computer determines what medication [and] what dose is required,” he explains. That way, the investigator need never know what is inside the container they’re handing over to the patient.

Consequently, clinical trials personnel have been freed from the rigmarole and expense of “packaging and labelling a full complement of medication for each potential patient that’s going to be in this study”, explains Moorman, allowing them to be used more effectively in the management of largerscale medical investigations. And while IRT systems are not commonplace fixtures in first-in-human studies in phase-I units, they can nevertheless prove useful in other phase-I studies. “It still provides benefits in terms of tracking the medication, and giving the sponsor the visibility of what’s actually being dispensed at different times,” Moorman says.

When IRT systems were first introduced to the clinical trials space in the 1990s, most consisted of an automated voice-response system run through a phone line, which sites would call up and receive instructions on treatment options and randomisation requirements. Now, these services primarily use web interfaces and, increasingly, smartphone and mobile device interfaces. “I think there may be some people who are using it, but it is a very, very small percentage,” says Moorman, regarding the original programmes.

The reasons why some have chosen to cling on to the telephone interface indirectly illuminates the limitations of the technology. According to a wideranging survey of clinical trial personnel conducted in 2016 by the Society for Clinical Trials, “more than half the respondents reported they had never tried the telephone interface before”, mainly because the web version was easier to use. Even so, technical problems using the web versions were reported as being more common, perhaps because of their susceptibility to the semi-regular Wi-Fi outages or features being blocked by hospital firewalls. Not surprisingly, 77% of respondents said that they would “prefer keeping the telephone [system] as a backup”.

Some also complained that user support for IRT systems is typically poor. According to the study, they “wished to have immediate help if they encounter problems while a patient is waiting at the clinic, and some respondents feel they have not received adequate support in those situations”.

Some of these problems, Moorman explains, arise from underlying inventory issues relating to shortages or logistical problems unrelated to the design or operation of the IRT system itself. “For example, if a patient is required to get a certain dose of a medication and the sponsor hasn’t sent that to the site, the system can’t dispense that,” he says. “And so, that’s less of a technology problem with the IRT system and more to do with, I guess, an inventory-management problem.”

A bid by some IRT system developers to enhance their systems by weaving in new natural languageprocessing capabilities, however, strikes Moorman as a situation that should demand caution from trial practitioners. “The hope of being able to translate the protocol into a configuration using natural language processing, which some companies have been promoting, I see that as a high-risk endeavour,” he says. Full reliability “assumes that the protocol is written perfectly. To try to bypass that configuration step, even if you’re able to use natural language processing to be able to do that, doesn’t eliminate the need and, perhaps, increases [it], to do a really thorough user acceptance test, to make sure that the configuration you’re doing is appropriate and is meeting the study needs.”

What concerns the former researcher more is the reliance that clinical trials personnel have on the overall workability of the IRT system in use. While most are carefully constructed, with a high priority placed by software engineers on not only usability, but safety, a mistake in the design could compromise the integrity of a trial.

“I think what many people don’t realise at both the site and perhaps some of the smaller sponsor organisations, is just how high-risk these systems are,” explains Moorman. “The medication, typically, is blinded, because that’s where you’re going to get the biggest benefit. And you are relying on the system to assign the right medication – whether that’s an active comparator, a placebo or the study medication – at the right dose, to the patient. And if everything doesn’t work perfectly, you have the real possibility of medication error.”

“You are relying on the system to assign the right medication, at the right dose, to the patient. And if everything doesn’t work perfectly, you have the real possibility of medication error.”

Moorman was aware of such incidents during his time as a clinical trials practitioner. “People don’t publicise this,” he says. “There’s been one or two situations like that with small companies, where they’ve had to publicise [errors] because it’s been materially impactful to their company. But it has happened.”

Ultimately, however, this should not diminish the achievements made since IRT systems became a mainstream feature of the contemporary clinical trial. “There’s lots of very creative clinicians and statisticians working within the industry and within research, and it has freed them up to create much more sophisticated study designs,” says Moorman – studies that, in the end, have a significantly positive impact on the course of pharmaceutical research, going forward. 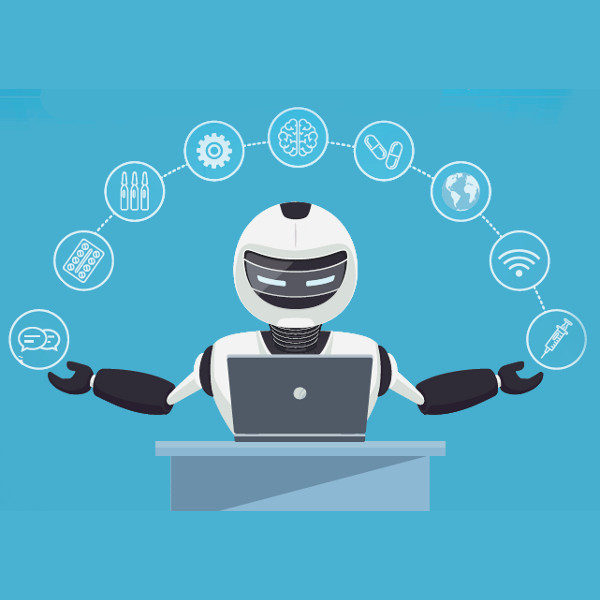 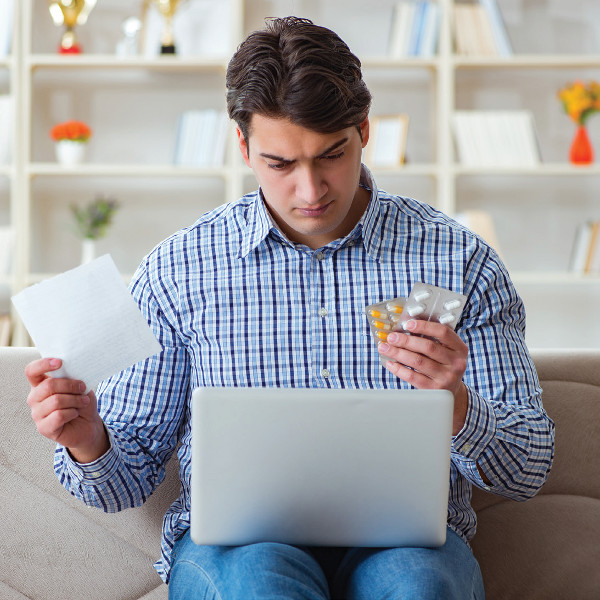 Web, smartphone and mobile interfaces have taken over from telephone services for IRT systems.
Post to: