Innovation in drug development has continued at an often dizzying pace during the pandemic, but in the area of excipients, it’s hampered by a burdensome regulatory process. Kim Thomas asks Catherine Sheehan, senior director for excipients at United States Pharmacopeia, and Brian Shoichet, professor of pharmaceutical chemistry at the University of California, San Francisco, what needs to change.

The speed at which pharmaceutical companies have developed Covid-19 vaccines has set tongues worldwide wagging about the industry’s ability to innovate. Those conversations rarely touch on excipients, which typically comprise as much as 90% of a new pharmaceutical product without contributing anything to its novelty. No one’s extolling the fact that mRNA vaccines contain food ingredients like sucrose largely because developers are disincentivised from finding better alternatives.

That’s particularly surprising given the important roles excipients play in stabilising and enhancing the absorption of active pharmaceutical ingredients, as well as adding colour and flavour to support adherence in oral dosage forms. Of course, innovation comes with risk and as Catherine Sheehan, senior director for excipients at United States Pharmacopeia (USP), points out, that risk is heightened when it comes to the materials that make up medicines, even when they’re inactive. Moreover, there is an “inherent variability” in excipients: they can be naturally occurring, synthetic or semi-synthetic, and sourced from, among other things, mines, plants or animals. The profile of castor oil, for example, could differ depending on the region from which it’s sourced. That variability, Sheehan says, “can cause a lot of issues for formulators if they do not understand that it is very critical to select, and understand your sourcing and your composition”.

That complexity is part of the reason that developers tend to shy away from experimenting with inactive ingredients that could improve their products’ performance, but it’s far from the whole story. At least as important is the FDA requirement that applications for novel excipients be made as part of the approval process for new drug products.

The lack of an independent pathway for the regulation of novel excipients acts as a brake on innovation, says Brian Shoichet, professor of pharmaceutical chemistry at the University of California, San Francisco. “The regulations involving excipients make developing new excipients very expensive, and that’s meant that excipient development is a dead field or, at least, moribund,” he explains.

Adding a novel excipient to a new drug creates a “lot of added risks”, says Sheehan. The main one is “the risk of rejection of the drug if it’s going through the drug application process”. Sheehan points out that the cost of a drug application can be up to $1bn, so any potential delay caused by adding a novel excipient, which is only a small part of the investment in drug product development, is hard to justify. Most drug developers would prefer to wait for someone else to go through the approval process first.

The impacts of this are wide-ranging. In an online survey of 264 drug formulators carried out by USP in 2019, 84% of respondents said that currently used excipients have imposed limitations on drug development. In over half the cases, the reason was because the chosen excipient wasn’t currently used in any FDA-approved drug at the selected dosage – in other words, it would have to go through an approval process. Faced with that, many manufacturers choose to try and reformulate their entire product for the US market. Other reasons included the inability of available excipients to maintain stability or to overcome bioavailability, solubility or permeability issues in the final drug product. Some fixes for these issues are obvious.

“The bar to using a novel excipient is high,” wrote one survey respondent. “It would be helpful if the agencies could more explicitly differentiate between truly new excipients and those which are already used in other products (for example, foods, consumer products) but are just new to drug product use.”

The deterrent to innovation is particularly strong in drugs that have a riskier route of administration, such as injections, says Sheehan. In such cases, there is much greater burden on the formulator to carry out additional safety and toxicological reviews, which translates directly into extra costs and longer development timelines.

Occasionally, a drug manufacturer will introduce a novel excipient to address an unmet need. Sheehan cites Pfizer, which incurred a lot of additional expense in toxicological and safety evaluation for the approval of a new excipient for use in an otic drug.

Otherwise, however, manufacturers must draw on the limited set of approved excipients in the United States Pharmacopeia National Formulary (USP-NF), not all of which will meet the precise needs of a particular drug and, given their limitations, could actually prevent developers from bringing new therapies to market. “If you’re using the same excipient over and over to solve stability and solubility problems – using the same excipients and expecting a different outcome – there’s no innovation there,” points out Sheehan. “There’s no thinking outside the box in terms of what other types of excipients could be better.”

Established excipients can still be functional in new therapies, but the speed of development in the latter category is increasing the need for innovation in the former. “With these old excipients, traditionally some are food ingredients and they’re making their way into very complex types of parenteral drugs,” explains Sheehan. “We need to have an understanding of whether there are better excipients out there that will provide a better function in these new therapies. We shouldn’t keep using the same ones over and over just because they are safe in the context of an approved drug that’s already on the market.” As Shoichet puts it, “On the one hand, you’d like to see more innovation in excipients, and on the other hand, you’d like them to be looked at with the same molecular and safety toolbox that we apply to drugs”.

Excipients in FDA’s inactive ingredients database that have been found to interact with enzymes and receptors in the human body.

“We need to have an understanding of whether there are better excipients out there that will provide a better function in these new therapies.”

Is every excipient truly inactive?

In fact, an unwillingness to innovate can create its own risks. Not only might ‘established’ be somewhat less than ‘good’, it might not even equate to ‘safe’.

In 2017, with FDA funding, Shoichet and his colleagues, along with a team headed by Laszlo Urban at the Novartis Institutes for BioMedical Research (NIBR), began investigating the FDA’s inactive ingredients database (IID), to find out more about how excipients worked. “We wanted to focus on: how do you get these molecules? If you want to do research on them, where can you buy them from? How pure are they? And where have they been used?” Shoichet explains. “There are a lot of excipients in that database that are officially approved as excipients, but no one’s used them in 30 years.” The team even found some drug ingredients that had been added by mistake.

Shoichet and his fellow investigators were not convinced that every excipient listed was inactive. Almost all the excipients listed were “grandfathered in under looser rules that have since become much stricter, stalling further development,” says Shoichet. “Some had a long history of use and were just accepted as safe, by precedence alone. Others had gross animal toxicity studies and monographs for purity and conditions of use. These were also grandfathered in.” When the FDA started to regulate excipients more rigorously, these “had such a long history that everybody just agreed – see no evil – that they were fine,” he adds.

Shoichet’s team created their own database and began investigating the excipients more thoroughly: “We have this method for taking the chemical structure of a molecule like an excipient, which we had designed for drugs, and saying, ‘What molecular targets in the body like enzymes, receptors, transporters, might this molecule be active on?’”

After screening 3,296 excipients in the IID, Shoichet and his fellow researchers identified 38 excipient molecules that interact with 134 important human enzymes and receptors. “There was a substantial number that were active in vitro, so not necessarily in an animal or a human, but were clearly active on a target that is in animals and humans,” he says. Some were as potent as most drugs.

“If they do get exposed, they’ll certainly have an effect and it’s just a question of knowing whether they’ll get exposed or not,” continues Shoichet. The probability is that most of them don’t, but under certain circumstances, such as in an individual with a leaky gut or where a patient is taking multiple drugs, there might be cause for concern. “The ones that there is most immediate worry about are the injected ones, because most orally dosed excipients don’t get out of the gut,” says Shoichet. This includes thimerosal, an excipient used in some vaccines.

Shoichet’s research demonstrates just how much need there is for more innovation in the development of excipients. The good news is that in December 2019, the FDA announced a pilot programme to carry out a separate regulatory process for them. Giving manufacturers the opportunity to introduce new excipients outside of the drug application pathway will, believes Sheehan, bring “greater flexibility” to identify unforeseen issues in the early stages of the formulation process. It would also provide publicly available information about quality and safety so that formulators “have a common understanding and common starting point on the name, the definition and the chemical information description”.

An update on the pilot is expected in the summer of 2021. For Sheehan, who joined USP 20 years ago with the hope that an independent pathway for excipient regulation would be developed, it’s great – if surprising – news. “This has been percolating for four decades,” she says. “The launch of the pilot was a major milestone and for FDA to say that by this summer they will have an update on where they are with it is fantastic.”

The results of US Pharmacopoeia’s 2019 survey of 264 drug formulation experts on the use of novel excipients did not make comfortable reading for either the FDA or the pharmaceutical industry it regulates. The overwhelming majority of respondents (96%) agreed that excipients are at least very important in advancing a formulation through drug development. At the same time, around 40% of them reported that they had been forced to reformulate drug products for the US market because of the limitations of approved excipients, a process which typically takes between one and five years. Of those respondents, 28% discontinued development programmes because of similar issues.

More than three-quarters of respondents also noted that they had faced challenges in using novel excipients in the US market. Regulatory issues represented the most frequently cited challenges, followed distantly by safety concerns. 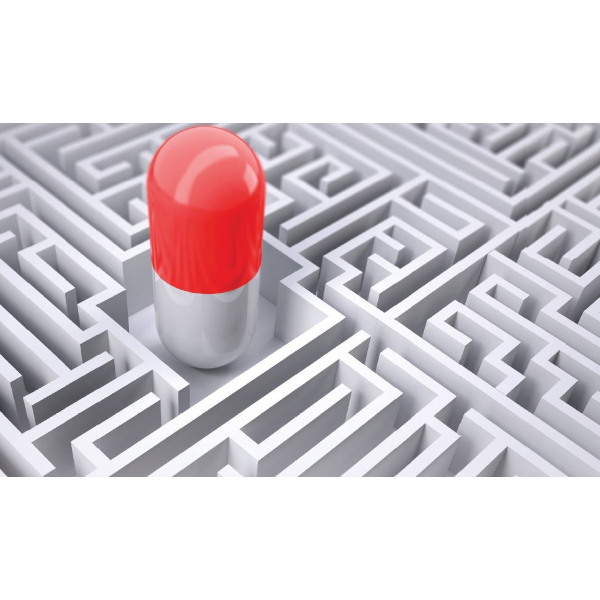 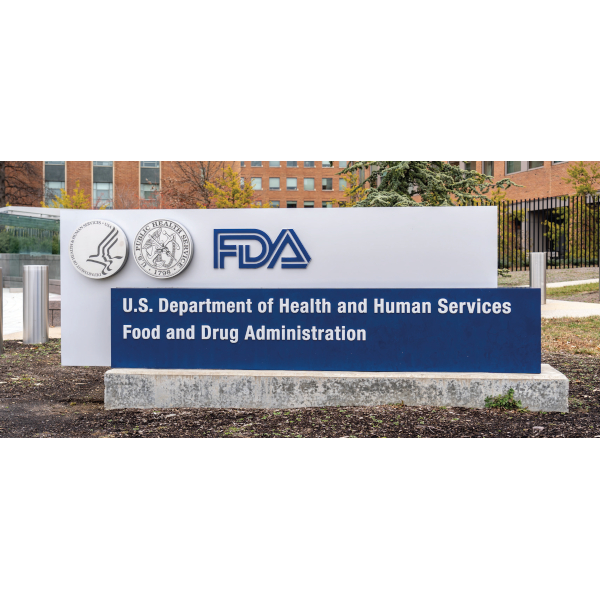 The FDA announced a pilot programme for a separate regulatory process for excipients in 2019, and an update is expected in the summer of 2021.
Post to: