A link too few?

It has been implemented in the supply chains and procurement processes of several industries from diamonds to produce. Now, with new electronic serialisation measures, analysts say the time is right for blockchain adoption in the pharmaceutical sector. Patrick Kingsland explores the benefits and risks with Pasi Kemppainen, management adviser, serialisation and traceability, at Santen Pharmaceutical.

Invented in 2008 by an unknown programmer using the pseudonym Satoshi Nakamoto, blockchain – a distributed ledger technology that underpins cryptocurrencies like bitcoin – was, for most part of the decade, a fringe experiment, popular among anti-state libertarians, tech insiders, and those looking to make a fast buck from something the law would most likely forbid.

But in the past few years that reputation has been changing at a dramatic pace. In 2017, the so-called ‘great crypto bull run’ saw the value of bitcoin – a currency that does not rely on any central authority – grow by more than 1,000%. Developers around the world quickly took note and despite a price crash in 2018 some of the world’s biggest companies were soon showing serious interest.

Today, the multinational IT giant IBM is working with the US retail corporation Walmart to develop a blockchain solution capable of tracking food through its vast, global supply chain, in an effort to better regulate food safety. IBM has also launched a blockchain platform aimed at the financial services industry. To date nine financial services companies, including Barclays and Citi, have signed up to be involved in a proof of concept.

A report last January in MIT Technology Review claimed that 2019 will be the year that blockchain technology finally becomes normal. The technology will soon be so commonplace, the report added, that it will start to become mundane.

As blockchain enters the mainstream, many now say it could be used in the pharmaceutical industry to help companies increase security in their supply chains and allow for better tracking of drug products.

The conversation is being driven by new regulations from the European Medicines Agency (EMA) and the Federal Drug Administration (FDA), that are aimed at improving supply chain security and tackling the scourge of counterfeiting.

According to the World Health Organisation, one in ten medicines in poor countries are falsified, a problem that costs the lives of hundreds of thousands of people every year. The problem also affects the developed world. Research by the Pharmaceutical Security Industry, a US-based non-profit organisation, suggests up to 19 million US citizens buy medicines from foreign online pharmacies and other unlicensed sources that may be unsafe.

Among other things the new regulations require manufacturers to create unique identifiers and antitamper devices for all of their pharmaceutical packages. This will allow drugs to be tracked more efficiently through the supply chain and could lay the groundwork for future blockchain systems.

While many remain sceptical of the technology, efforts to demonstrate its utility are already under way. In March, the logistics giant DHL announced it had partnered with management consultants Accenture to create one of the industry’s first blockchain-based supply chain prototypes.

Since 2016, the Center for Supply Chain Studies, a non-profit organisation, has been conducting a research initiative on the use of blockchain in the pharmaceutical sector. The organisation says 45 companies are part of its core study team, and 150 companies belong to the associated interest group.

In a recent global survey conducted by Deloitte, 60% of respondents from the healthcare and life sciences industry said they are likely to lose competitive advantage if they do not invest in blockchain technology. Just three quarters of healthcare executives and 70% of life science executives described their understanding of blockchain as either excellent or expert.

“Blockchain is at an inflection point, with momentum shifting from ‘blockchain tourism’ and exploration to the building of practical business applications,” said Deloitte.

While it sounds complicated, blockchain is based on a relatively simple idea. A chain of blocks, each containing information such as a transaction or an agreement, are stored chronologically and across a network of computers. The chain is made available to anyone and once data is recorded inside it becomes very difficult to change or tamper with.

The security this system provides is why analysts says blockchain could make a major difference to pharmaceutical supply chains and prevent counterfeiting. As things stand it remains hard for pharmacists that distribute drugs to tell if products have been falsified without trawling through a large, cumbersome audit trail.

The trails are cumbersome because the pharmaceutical supply chain involves a number of different parties from manufacturers to wholesalers, suppliers to logistics companies. Each has their own responsibility to ensure the correct drugs are kept and stored in the correct way, be it temperature, humidity or simply stopping the item from getting into the wrong hands.

The complexity of this system means the different parties, “may not be able to offer complete visibility on the authenticity of the drug whilst ensuring quality has remained intact,” said PricewaterhouseCoopers, a multinational professional services network, in a report titled ‘How blockchain could strengthen the pharmaceutical supply chain’.

With blockchain technology, analysts say every stage of the supply chain – from creation to the end user – could be tracked in a seamless, accurate and secure way.

When a barcode is scanned it would be recorded on a blockchain ledger, creating a single audit trail that would be very difficult to tamper with. Sensors that measure temperature or humidity could also be recorded and added to the chain.

As the academic Don Tapscott has said in his book, The Blockchain Revolution, with such a system “you don’t need intermediaries to ensure parties will act with integrity, because the very platform you’re transacting on does that for you trust is not achieved by middlemen but by cryptography, collaboration and clever code.”

Of course, not everybody is convinced. Some analysts say the distributed, decentralised nature of blockchain technology poses more questions than it solves. Others say the technology remains too slow to be used on a large scale and consumes too much energy.

“Who can drug authorities go after if something happens with this blockchain network, if somebody misbehaves or it doesn’t work as intended?”

In the pharmaceutical sector, while the idea may intrigue some drug manufacturers the vast majority of those actually promoting the technology appear to come from outside the industr – from consultants, from vendors and from technology enthusiasts.“You have the industry view that is more realistic and focuses on how the technology fits the current landscape, ways of operating and legislation,” says Pasi Kemppainen, management adviser, serialisation and traceability at Santen Pharmaceutical. “Then you have the more idealistic view that only applies if we had a perfect world. This is really what the problem is with blockchain. It is a fantastic theory and technology but then we look at the pharmaceutical industry – especially from the supply chain point of view – and it really doesn't solve the problems that the industry is having.”

For Kemppainen, the cold, hard reality of the pharmaceutical sector is that it is a highly regulated industry. Introducing a new technology for serialisation and traceability therefore requires much more than just an underlying technology like blockchain. It instead requires compliance with regulators, validation of the technology and vendor, corporate integration with IT systems and supply chain partners, and far more to boot. As it stands, it is not clear blockchain is able to satisfy any of these rigorous requirements – particularly when it comes to compliance and validation. With an open network like blockchain it is the infrastructure and algorithms that have inherent control rather than any one corporate entity.

“Who can drug authorities go after if something happens with this blockchain network, if somebody misbehaves or it doesn't work as intended?” Kemppainen asks. “Who is actually responsible for the algorithms and if there are problems and those algorithms need to be changed who does it? Then who can validate the changes have been done correctly?”

The only way to create accountability, Kemppainen adds, is to instead run a private blockchain. “But then you need to trust that third party and you are back in the set up you would have with a particular company providing any other type of IT system of database services,” he says.

While the immutability of blockchain is often heralded as one of its greatest assets, for pharmaceutical companies that need to change or correct the details of goods being manufactured and shipped, it could also pose serious problems.

“It happens on a daily basis,” says Kemppainen. “It could be that a product is on the wrong truck or there were less products in a certain shipment than originally intended. There needs to be a possibility that you can change the data that you have already provided to your business partner. Immutability is great but here it could be a major disadvantage.”

The transparent nature of blockchain could also be seen as business risk. In the pharmaceutical sector – as in many others – data is only exchanged between parties that have entered a contractual relationship. Two parties who share data on a particular shipment of goods, for example, will not want a third party involved.

“Blockchain is a fully transparent data exchange platform and that is not very realistic,” says Kemppainen. “In many cases the transparency that it provides would actually be considered a disadvantage.”

Kemppainen says these problems are amplified when you consider the amount of functioning technology that already exists for supply chain serialisation and traceability. Even regulatory bodies in Europe, the US, China, South Korea and further afield, now provide the kinds of services that blockchain is supposed to perform.

“There are already big infrastructures in place for providing the capabilities that blockchain, in an ideal world, is offering,” says Kemppainen.

Of course, there are a great number of countries in places like South East Asia and Africa where there are no government-driven track-and-trace initiatives in place. In these less regulated markets, Kemppainen says blockchain could potentially become a useful platform for exchanging data between different stakeholders.

But even here he cautions that “blockchain would require all the pharmaceutical companies, wholesalers, hospitals and pharmacies to openly collaborate,” – a tall order in emerging economies.

Back in the developed markets, pharmaceutical companies remain under significant pressure to meet new regulations and adapt to the healthcare needs of tomorrow. Experimenting with untested blockchain technology and lobbying regulators to change the law to enable it seems unlikely – at least for now.

“It is novel, it is untested and people don’t really have any experience of working with it,” Kemppainen says. “In short, they don’t have a problem where blockchain would be the solution.” 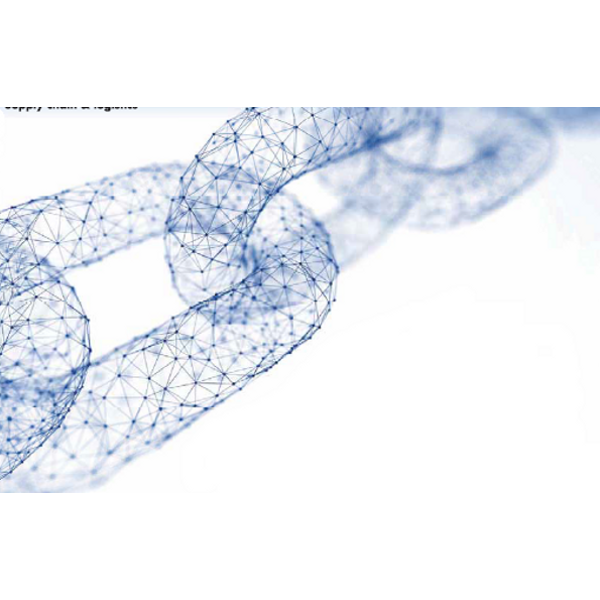 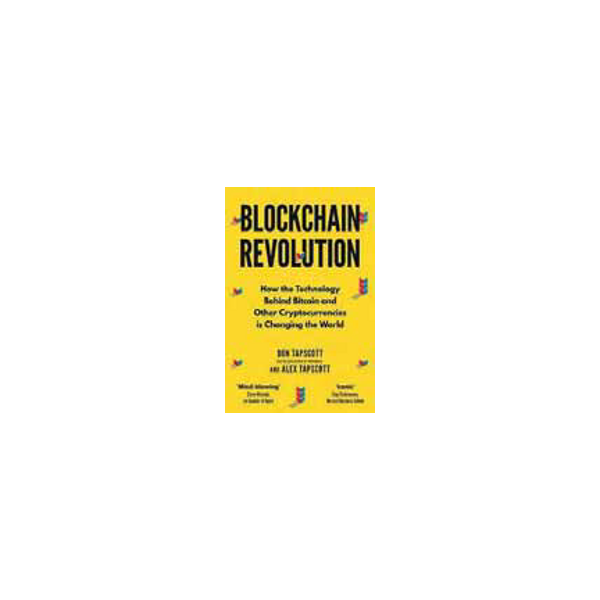 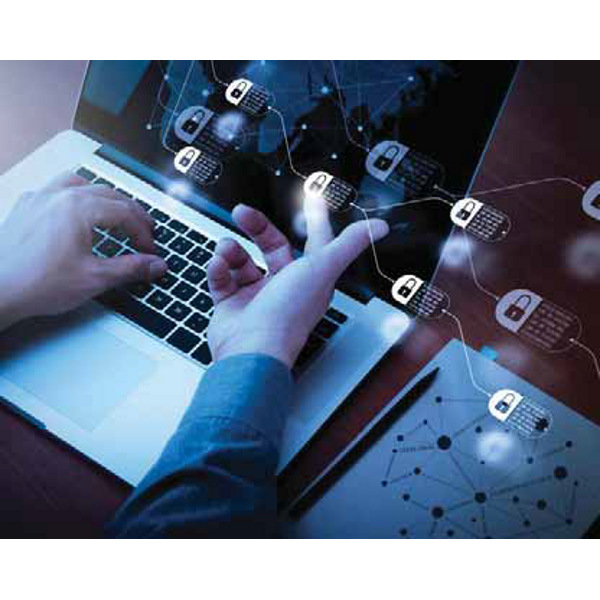 Blockchain is a network system of blocks containing specific information, available across a wider network.
Post to: