Clinical supply teams work hard to ensure the correct amount of medication is available where and when patients need it. Too little leads to trial delays, while too much creates unnecessary costs. Natalie Healey explains how companies can combine interactive response technologies, drug pooling and just-in-time logistics to make the guessing game a little easier.

It’s impossible to conduct a clinical trial if there’s not enough medication to go around. But accurate clinical supply forecasting is no mean feat. Making sure all trial sites and participants have everything they need takes a lot of work. From confirming there’s a sufficient amount of the test drug itself to stocking all the necessary equipment for its use at each site, precisely predicting required clinical supplies is as complex as it is fundamental.

It’s not a role that should be underestimated. More than simply expecting the unexpected, the clinical supplies team has to actively prepare for it with an excess (or buffer level) of drugs and equipment. Determining the correct buffer level is tricky. If they are too stingy, the sponsor may not be able to cover enrolment spikes (when more volunteers are recruited than expected). This can lead to trial delays, which is never ideal.

On the other hand, playing it safe with a big stockpile could equal more medication than a trial knows what to do with, which means the sponsor has to cover the extra costs of unnecessary manufacturing, labelling and storage. And, ultimately, the excess medication will have to be disposed of if it’s not used in the trial. All that work for nothing.

“Playing it safe with a big stockpile could equal more medication than a trial knows what to do with, which means the sponsor has to cover the extra costs of unnecessary manufacturing, labelling and storage.”

So, short of gazing into a crystal ball, what solutions are there for optimising clinical supply chain management? While it is a good idea to err on the side of caution and order a little too much compound so no participants are left without treatment, there are a few ways to avoid too much excess and the high costs that come with it.

Drug pooling is one such strategy. Here, buffer levels are calculated across whole programmes rather than individual studies, which means there’s a pool of supplies that can be allocated to a particular protocol as and when they are needed. Free to shift buffer stock between multiple studies, sponsors and contract research organisations can achieve a substantial reduction in the total quantity of excess medication that is needed to support a trial programme. In turn, that reduces the level of supply waste, which means sponsors are more likely to see a return on investment.

As Bristol Myers-Squibb’s Craig Embleton wrote in Pharmaceutical Outsourcing, “Pooling allows for fewer set-ups/lots due to longer production runs, and fewer supplies are shipped to each site because shipments include only what is needed.”

When you put it like that, drug pooling sounds like an ideal approach. But, as with many aspects of clinical trial management, it’s a strategy that also comes with many challenges. Perhaps the most daunting is integrating drug pooling with existing clinical supply chain technology. Increasingly, sponsors are turning to interactive response technology (IRT) systems to manage everything from patient enrolment and randomisation, to inventory and study drug dispensing. These systems are used to match up patients and drug supplies, and provide information to all the key players in a trial programme (for example, sponsors, drug depots and investigative sites).

As clinical trial consultant and former Pfizer director Michael Moore told Clinical Trials Insight last year, IRT systems “have been a transformational technology for clinical research”. From a supply chain perspective, IRT systems can determine what’s needed, in specific quantities, and at the right time. Like drug pooling, the technology is also used to reduce waste and, more importantly, ensure sites do not run out of compound.

The only problem with current IRT systems is that they are set up for every separate protocol in a clinical trial. Expanding them to an entire programme requires additional technology, not to mention the capacity to package and label study compounds on-demand. In the past, a stand-alone inventory management system would often be introduced in addition to a programme’s protocolspecific IRT systems. This extra piece of technology can help clinical supply teams with protocol-level approvals for supplies, but it requires a lot of extra work to keep it up to date. And with each new protocol, the system has to be reprogrammed to ensure everything is accounted for.

Thankfully, some clinical supply management teams are trying a different approach. Free picking, or just-in-time (JIT) integration, is a strategy where tracking at the depot level is moved out of the protocol IRT system and into a complementary clinical supplies management (CSM) system. This way, drugs can be labelled and allocated to a protocol as soon as they’re required.

The average of unused clinical supplies across 200 trials conducted during 2015–17.

It sounds complicated, but in parallel the two systems can make things simpler for both sponsors and the clinical supplies team. In the free picking strategy, the algorithm used by the IRT system is still vital for determining how much supply is required at a specific site at a certain time. But, instead of the IRT continuing to manage protocol-specific depot inventories, it will request what is needed for whatever protocol it is assigned to. For instance, if four kits of placebo and two kits of active treatment are required at an investigational site, the IRT system will alert the fulfilment team, which will manually select the supply to be shipped. They will then record this activity in the CSM, which will, in turn, update the IRT.

This way, drug pooling can be efficiently enabled across multiple protocols. Once the requested kits are allocated to a shipment, the supplies are released back into the IRT. Traditional IRT handling for everything that follows, such as allocation and expiry, can go on as before.

Free picking could be a useful strategy for clinical supply teams that want to simplify drug pooling across programmes. It also makes managing the IRT for each protocol easier because depot-level supplies management can be removed from each build. And it means clinical supply teams don’t have to access multiple IRT systems just to view depot inventory.

But JIT logic won’t be necessary for every location. Most sponsors trialling this approach support it at just the primary distribution systems. In the regional sub-depots, the standard IRT methods are maintained as usual. If transfers are required from primary to sub-depots, these will be handled outside of IRT and the clinical supplies team will release the transferred supply for use at the subdepot when it arrives.

One snag with an IRT free-picking strategy is deciding how to handle do-not-ship (DNS) logic, or partial or failed shipping. These statuses are usually accounted for inside traditional IRT, but would need to be carefully defined under the new approach. DNS specifies how many days prior to expiry a drugs kit can be shipped to ensure only the safest products arrive at sites. Sponsors will need to decide which system (IRT or CSM) will be responsible for the DNS logic before implementing IRT free picking.

Additionally, IRT will usually raise an alarm once order quantity exceeds stock levels. But if a freepicking interface is in place, that system will not be monitoring the amount of supply at each depot. As such, it’s important the logic clearly defines situations in which IRT requests orders that cannot be fulfilled and whether a partial shipment should be sent instead.

There may be a few teething problems when these models are initially implemented, and free picking or JIT logic may take a while for people to get used to – not least because it fundamentally changes how IRT functions. But with careful planning and measures to ensure there are alternative arrangements in place for handling partial or failed shipment requests, it may prove a promising approach for sponsors looking to optimise their clinical trial supply chain.

The just-in-time (JIT) supply methodology came into the world as the Toyota Production System. The Japanese car giant’s successes in only ordering stock as required changed the business of inventory management in almost every sector of the economy, but right now, we have more to learn from its struggles.

In February 1997, after a fire at the Aisin supplier plant that provided Toyota with 99% of its crucial brake proportioning valves, the company and its entire supply network seemed on the brink of a crisis. In this case, however, the profound interconnections between Toyota and its value chain were as much of a grace as a danger, enabling all the companies in the network to come together and share staff, solutions and workarounds to replace the missing valves.

Ultimately, production was set back by only five days, prompting commentators in the MIT Sloan Management Review to laud JIT precisely because of its “inherent fragility”, which they argued helps foster “problem-solving and continuous improvement capabilities at the individual firm and overall group levels, and for both routine and major problems”.

Those capabilities weren’t enough to deal with the March 2011 Tohoku earthquake and tsunami. Toyota’s supply chain collapsed in the immediate aftermath of the disaster, with the in-country plants that manufactured 45% of its vehicles closed for two months, and US production capacity down by 70% for the next six due to shortages of parts made in Japan. In total, profits in the second quarter were 77% lower than they were in the first. With their more distributed supply chains, Honda and Nissan were able to recover more quickly than Toyota, prompting the latter to introduce a little bit more redundancy into its famously ‘lean’ production system.

Still, the 2016 Kumamoto earthquakes again proved far more of an issue for Toyota than its two biggest Japanese competitors, costing close to $300bn in profits.

The same production system and interlocking relationships with Japanese suppliers that allowed Toyota to respond so brilliantly to the Aisin fire in 1997 have proved far less advantageous when dealing with truly national crises, but they also made it by far the world’s largest car manufacturer. That’s not simple to replicate. Toyota remains the standard-bearer for lean manufacturing because its lean innovations allowed it to grow until it could handle disastrous quarters. Far from being a quick cost-cutting measure, JIT is a pervasive, ingrained culture and philosophy at Toyota that privileges the long-term and goes back to the end of the Second World War. It’s no exaggeration to say that the company spent 50 years preparing to deal with the Aisin fire. How long does it take to get ready for a pandemic? 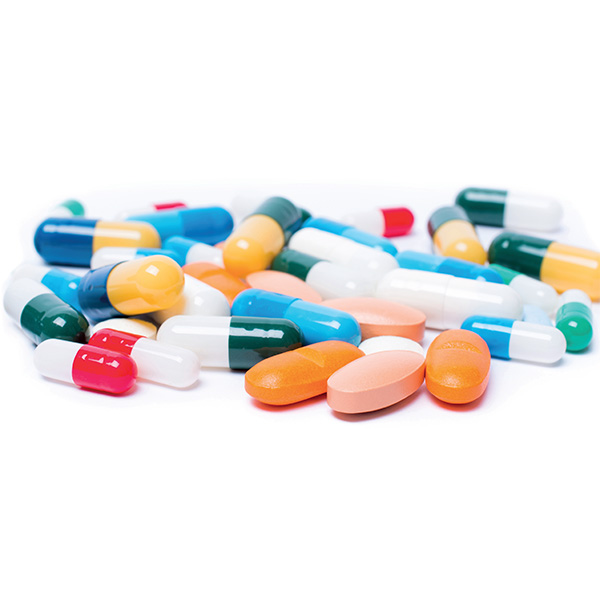 A JIT approach to drug pooling has the potential to make trial supply more efficient than ever. 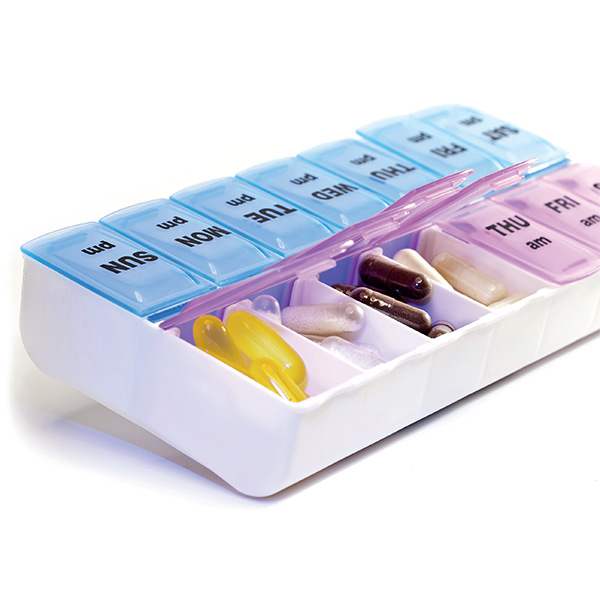