The industry faces a number of barriers in terms of pricing, as well as reimbursement, continued patent expirations and challenging market dynamics. In response to these, biotech clusters have become an increasingly important part of research and development strategies. Louise Thomas explores the factors that have led to the rise of these hubs and what they offer for the industry.

Traditionally, manufacturers have carried drug development projects from cradle to grave on their own research premises, away from the prying eyes of the rest of the world. However, this paradigm is rapidly changing, with companies responding to increasing industry pressures by engaging in greater amounts of collaboration and use of external resources.

However, these efforts are being concentrated in fewer places. The dominant industry model of large, diversified organisations with multiple hubs is being rejected in favour of a learner approach with an increased focus within key biotech clusters, and a particular focus on gaining revenue from speciality products, biologics and emerging markets.

Ajay Gautam and Xiaogang Pan from the IMED biotech units at AstraZeneca have identified four key trends, which have characterised the industry shift over the past 20 years and resulted in the growth of biotech clusters. These are massive to lean, to speciality, West to East and hubs to hotspots models.

Massive to lean, the move from a ‘bigger is better’ towards a ‘leaner and focused’ model, was prevalent from around 1995 to 2005. This involved significant merger and acquisition activity, such as that between Astra and Zeneca, Ciba-Geigy and Sandoz, Pfizer and Warner Lambert, Sanofi and Aventis as well as Glaxo and SmithKline. This approach resulted in bloated operations worldwide, including big research and development hubs, huge numbers of sales reps, multiple manufacturing sites and matrixed governance layers. These challenges were exacerbated by a lack of cultural integration of the merged companies.

Since the late 2000s, the industry has transitioned towards a ‘leaner and focused’ model by reducing investment in non-core assets and instead emphasising their areas of strength. For example, Abbott split into two parts. AstraZeneca narrowed its efforts onto three core areas: oncology, cardiovascular-metabolism and respiratory, inflammation and autoimmune disease and subsequently reducing investment in other aspects. Bristol Myers-Squibb made the most dramatic changes, becoming a speciality company in oncology, cardiology and virology.

Acquisitions did occur during this period, however, these were largely strategic attempts to build complimentary capabilities, rather than being driven by a desire to become larger. For example, Pfizer’s acquisition of Wyeth for biologics and Hospira for biosimilars.

This time, its personal

The 1995–2005 period was characterised by ‘blockbuster’ drugs. Many of the biggest sellers in the industry were released during this time and tended to be primary care, small-molecule therapies. At the time, these provided around 80% of the revenue for most big pharma portfolios. Since 2005, however, the industry has shifted away from these medicines towards speciality products focusing on unmet patient needs. This move was driven by several factors, including an improved understanding of the underlying disease biology, science and technology innovation, increased demand for personalised medicines and companion diagnostics, a favourable regulatory framework as well as pricing and reimbursement.

Since the late 2000s, the industry has transitioned towards a ‘leaner and focused’ model by reducing investment in non-core assets and instead emphasising their areas of strength.

The biologics market was largely overlooked prior to this period but caught up in areas such as antibody, protein and cell therapies. This was achieved through targeted acquisitions; for example, Roche-Genentech, Sanofi-Genzyme and Lilly-ImClone. By 2015, this activity had started to pay off, with most companies now having a more balanced split between speciality and primary care. Although some companies have seen a drop in sales of speciality drugs over the past five years or so, this was primarily the result of expired patents of their top sellers.

The place to be

The US and Europe were the leading major markets for the industry between 1995 and 2005. However, since then emerging markets such Asia, Latin America, Russia, the Middle East and Africa have heavily contributed to revenue growth. In 2014, for example, AstraZeneca sales from these markets accounted for around $6 billion in revenue, around $10 billion for GSK and $14 billion for Sanofi.

Not all companies made this same West to East transition during this period. Those with a heavier biologics focus such as Roche, JNJ and Amgen did not witness the same growth in revenue within these emerging markets because they did not face as many patient expirations in the US and Europe as their counterparts with primary-care-focused portfolios.

Aside from commercial growth, these areas have seen a large increase in innovation capabilities over the past decade, particularly countries such as China. As one of the world’s top pharmaceutical markets, the country is rapidly becoming a global hotspot. Most pharmaceutical companies, including Novartis, Roche and Sanofi have established research units there.

The heat is on

The wave of large acquisitions in the early 1990s was triggered by declining research and development productivity. A consequence of this activity was the creation of multiple research hubs worldwide. For example, Pfizer’s units in the UK and US; AstraZeneca’s in Sweden, the US, Canada and the UK, and Roche’s in the US and Switzerland. These created research silos that generated highthroughput technologies to address key scientific challenges, a ‘more shots on goals’ strategy. In contrast, the past decade was characterised by a desire to locate within bioscience hotspots such as those in the US and Shanghai. This enabled industry scientists to work with external researchers and clinicians to enhance their drug pipeline. A much more open and collaborative approach was thus created, in contrast with the prior hubs model.

Some pharmaceutical companies began to completely embed themselves within biotech clusters. Novartis was a particular pioneer in this area, relocating its research headquarters to Cambridge, Massachusetts, in the early 2000s, with several other companies following in their footsteps. Roche closed its site in New Jersey and moved to New York City, and AstraZeneca moved its research headquarters to Cambridge from Alderly Park.

Although large hubs are still in existence, the trend towards more focused hotspots has dominated the industry in recent years. This has also resulted in increasing use of CMOs and CROs for strategic drug alliances. The activity has provided the opportunity for large research organisations to work with both academic institutions and biotechs. Such efforts have been a huge paradigm shift for the industry but has resulted in the creation of a large number of new and cost-effective drugs reaching the market.

That could be arranged

The conventional approach of patent management by specialist IP departments means that questions of ownership are straightforward. Working with third parties in these biotech hubs invariably leads to more complex and challenging intellectual property issues than would arise within in-house research programmes.

Comprehensive arrangements need to be negotiated to ensure that the requirements of all parties are met, and due diligence is required to establish the ownership and extent of protection before any deals are made. Legal agreements incorporating these positions need to be carefully crafted, as disputes over ambiguous wording are common. Ownership rights between all stakeholders must be established at an early stage to ensure that outputs from these clusters are effective.

This new way of working demands a more flexible and creative approach than has previously been required, both in terms of the drug development process itself and negotiating the complex legal issues surrounding this activity. Given the benefits already being experienced through the work within biotech clusters, these are likely to continue to be areas of focus. Despite the challenges, these are invariably outweighed by the opportunities in terms of boosting research and development productivity and reducing costs.

A focus on China

There are a number of drivers of research and development activity in China, most of which is concentrated within biotech clusters. The first of these is the outsourcing needs of pharmaceutical and biotech companies to boost productivity, manage costs and create operational flexibilities. Increasing complexity of biological targets, portfolio prioritisation as well as budget constraints have also resulted in the outsourcing of certain discovery activities on non-core aspects.

Outsourcing has taken place across a range of drug discovery areas, from chemical synthesis to target identification and validation to biological testing. CROs in China have also built a number of technology platforms for genomics and proteomics research, high-throughput screening platforms as well as mature and binding assays. For these reasons, China has become a preferred location for its end-to-end technological capabilities.

Government policy and initiatives have also heavily contributed to this activity. Biotech has been identified as a key priority for funding, which included significant investment into clusters. These are particularly effective because of the close proximity of pharmaceutical and biotech companies, helping to facilitate collaboration. CROs benefit by being able to access key features, such as the infrastructure, incubators, public research and development facilities within the cluster. This is in addition to the subsidies, permits, import pools, talent pool and financing available.

Research and development challenges are likely to continue to drive increased outsourcing, with China as the key area for such work. Future areas of growth in China include the niche services segment, such as target identification, hit generation and optimisation studies in addition to targeted animal model studies. Biologics are also likely to drive activity in the country, with CROs already building capabilities within this area. 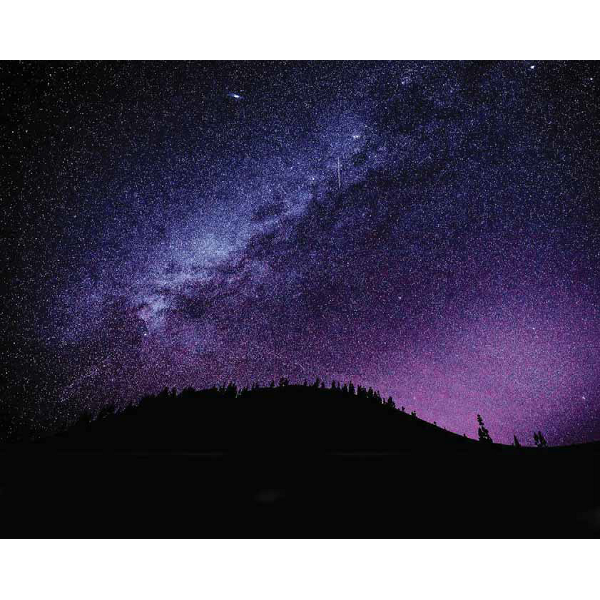 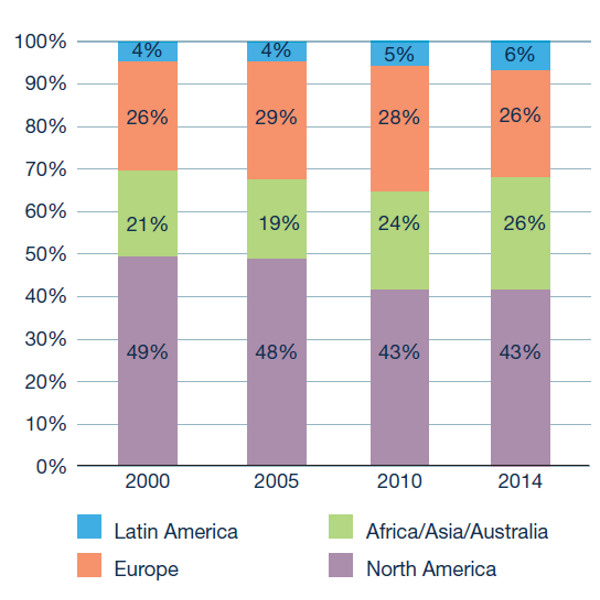 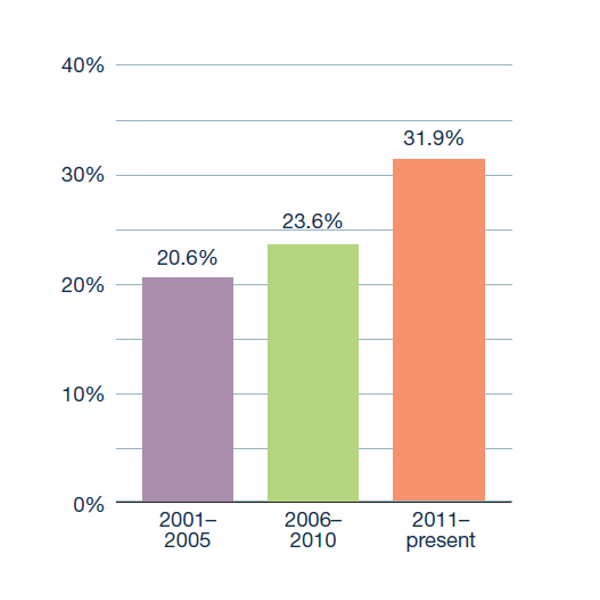 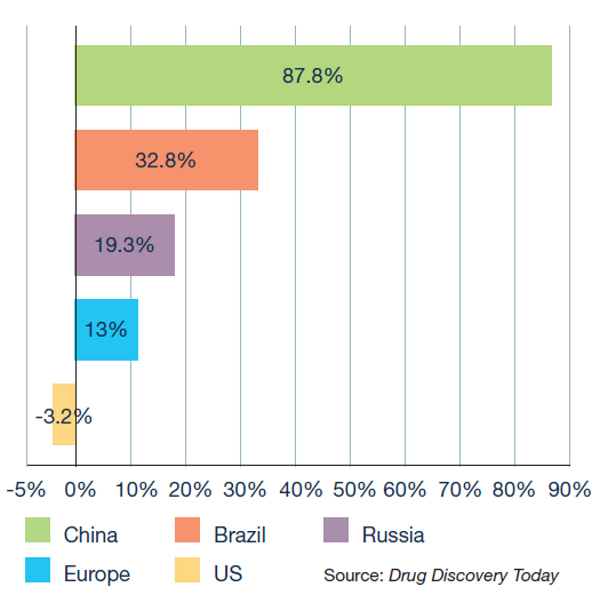