Only as strong as the weakest link

Pharmaceuticals are particularly difficult to transport, with a number of potential areas of weakness within the supply chain. Greater data sharing between partners can provide opportunities as well as challenges. Michael Shaw investigates how new technologies can strengthen pharmaceutical logistics and allow drugs manufacturers to comply with stringent new regulations.

It is a warm spring day in Biberach an der Riss in Germany, when the latest batch of denosumab is mixed, affixed with a serial number, packaged and carefully loaded onto lorries bound for the UK. Designed to reduce instances of bone fractures in osteoporosis and cancer patients, the drug has to be stored at a temperature of between 2–8°C. To that end, as the vials clink at every bump on the autobahn, the medicine is kept in refrigerated containers throughout transportation.

After it crosses into the UK, the lorry is parked at a distribution centre. Here, the consignment of denosumab will be logged by logistics personnel, the number of cases compared to those having left the factory at Biberach an der Riss. When the man in the hard hat with the clipboard is satisfied, the medicines are carefully removed from the back of the lorry and transferred to another refrigerated environment. The logistics personnel work quickly. If the temperature of Denosumab rises higher than 8°C, then the medicine only has a shelf life of approximately 30 days.

After that, the final stage of the medicine’s journey begins. The original consignment is now divided into several batches, each to be sent to different hospitals up and down the UK. As before, each box is counted in and out, albeit on a smaller scale, before it departs for its destination. A few days later, a vial of denosumab is removed from a fridge at a doctor’s surgery in Essex and injected into a patient’s leg. Here it will suppress the osteoplasts present in their tibia, helping to regenerate the bone and protect against further degradation.

Such is the typical distribution path of a biologic medicine and in many ways the ideal one. Its success should be judged, as much did not go wrong, by the speed that the vial of denosumab reached the patient. Firstly, the medicine was handled correctly; no accidents resulted in any smashed vials, and the drug was kept at the correct temperature throughout. Neither of the lorries travelling to and from the distribution centre in the UK was diverted from its route and the consignments stolen for resale on the black market. Lastly, the medical authority presiding over its use could, with complete confidence, trace its journey from the factory with pinpoint accuracy, thanks to the serial number affixed to the drug before it was fully packaged.

That any one of these events is, on its own, unlikely to happen is testament to the commitment to innovation and efficiency among pharmaceutical companies over the past two decades. Now, regulators are seeking to enshrine guaranteeing the efficacy and transparency of pharmaceutical supply chains into law. Both the EU Falsified Medicines Directive and the upcoming US Drug Supply Chain Security Act (DSCSA) are pushing industry players to look at radical new solutions to ensure compliance with this new global regime. Only time will tell as to whether it will succeed.

What is driving this trend? One factor is the increasing popularity of biologics like denosumab. According to a recent white paper entitled Global Trends in Clinical Trial Logistics: 2020 Perspective, temperaturesensitive medicines now comprise up to 38% of all pharmaceutical products. Most of these require constant refrigeration in a so-called ‘cold chain’ of distribution from factory to end user, which in turn has spurred significant investment among pharmaceutical and logistical companies that like to equip its own supply lines with the requisite equipment. The costs, after all, of a spoiled batch of biologics – often expensive to manufacture in the first place – could be significant for both producer and patient.

Another factor lies in the desire among medical authorities in North America and Europe to mitigate the impact of scandals involving stolen or poorly made medicines. The former has been a perennial problem; drugs have been used and abused for millennia, and criminals are only too happy to sustain the latter through theft and counterfeiting. In the EU, the Falsified Medicine Directive – in force since February – mandated the inclusion of anti-tampering devices, a unique identifier and stronger record-keeping to diminish the chances of counterfeit drugs appearing on European pharmacy shelves. Meanwhile in the US, the FDA describes the Drug Supply Chain Security Act mandate as the creation of an “electronic, interoperable system to identify and trace certain prescription drugs as they are distributed in the United States”, thereby reducing the number of medicines that keep appearing on the black market.

“Being part of the Responsible Health Initiative will help us leverage digital sustainability intelligence to more effectively select and partner with suppliers who share our values.”
Valerie Monk, GSK

The emergence of the internet of things (IoT), however, promises to solve this problem. Until recently, the progress of medicines along the supply chain was achieved largely through inventory reports from logistics personnel on several stages of its journey. By attaching trackers – usually small, inexpensive sensors emitting an RFID or Bluetooth signal – to packaging or affixing them to coldchain units, pharmaceutical companies can obtain a picture of any consignment’s location in real time.

Additionally, the use of IoT can provide key insights on where, when and how medicines are being transported to market. It is here that investments in the right telematics solution can become crucial. Not only should pharmaceutical companies be careful in choosing a system that can pinpoint the locations of medicine consignments at any one time, but consider if it can also map entire distribution routes, enabling them to be altered in an emergency, or if it can reveal if certain aspects of the supply chain are inefficient.

This can prove particularly useful when it comes to monitoring the integrity of existing cold-chain supply routes. According to IATA, up to 20% of all drugs are ruined because of failures in refrigeration during transport, resulting in significant financial and reputational losses for pharmaceutical companies. By monitoring temperature fluctuations during storage and transport with sensors embedded in cargo of biologics, warehouses and logistics companies can be alerted and any spoilage of the consignment(s) avoided.

20%
Drugs that are ruined because of failures in refrigeration during transport.
IATA

To that end, the use of IoT across the logistics sector has increased markedly in recent years. One of the first companies to adopt this methodology claims to have spotted over 4,500 suspicious temperature fluctuations during a six-month trial period. Others are experimenting with placing IoT trackers into product packaging, in addition to spending hundreds of millions to enlarge pharmaceutical distribution networks.

By weaving IoT technology through their distribution channels, pharmaceutical companies can increase transparency in their supply chains and potentially use the data generated from its installation to make new efficiencies. However, so far its roll-out is proceeding on an company-by-company basis, meaning that improvements in distribution channels are confined to those industry players willing to act first on investment in the technology.

Indeed, the risk that data on manufacturing and distribution could become siloed has led to calls from across the sector for more collaboration between pharmaceutical companies. It was with this goal in mind that GSK, Takeda and Teva signed up for the Responsible Health Initiative, a new scheme intended to harmonise CSR standards between signatories and boost visibility up and down the pharmaceutical supply chain. “Being part of the Responsible Health Initiative will help us leverage digital sustainability intelligence to more effectively select and partner with suppliers who share our values,” said Valerie Monk, GSK’s head of ethics and risk programmes, in January 2019.

This is just as well. In recent years, demand for more affordable generic medicines has risen markedly in Europe and North America, drugs that are invariably manufactured in developing economies where regulatory scrutiny of active primary ingredients is harder to maintain. This trend has been matched by a dip in regulatory inspections of overseas assembly lines. According to data obtained by PriceWaterhouseCoopers in 2018, FDA approvals of generic drugs had risen to a record high of 971. Meanwhile, the number of inspections of foreign medicines factories had fallen by 11% compared with the previous year.

The necessity of full traceability in the pharmaceutical supply chain, not only taking in the packaging and transportation of relevant medicines but its very formulation, has been underscored by several recent recall scandals. In July 2018, the US was forced to recall valsartan, a generic used to treat high blood pressure, after a minor change made at one of its manufacturers in China led to the contamination of multiple consignments with the carcinogen nitrosamine. This was followed in the following months by a recall of 22 different drugs containing irbesartan and a batch of hydrochlorothiazide over similar fears.

The sector needs to come up with a solution and fast – the DSCSA, after all, mandates unit-level serialisation from manufacturers by 2023. Precisely how this will happen remains unclear, given current confusion about how manufacturers and distributors should best comply with the new law. According to Perry Fri, executive vice-president of industry relations at the Healthcare Distribution Alliance, the gap between the agency’s expectations and the reality of how far serialisation could progress in the sector has become boring.

“I think the FDA has a view of kind of a major endstage place that is a centralised, cloud-based system into which they, and presumably others, could look to examine the path of a particular medicine through the supply chain,” Fri told SupplyChainDive in 2018. “I think where the industry is today and frankly how the law is written, we’re looking at a visibility system that requires interoperability.”

Even attaining this would be hampered by a traditional reticence among manufacturers about sharing information and ideas. “Most people in the industry would prefer that the data is not sitting outside their four walls,” added Fri. Perhaps it is as well they should. 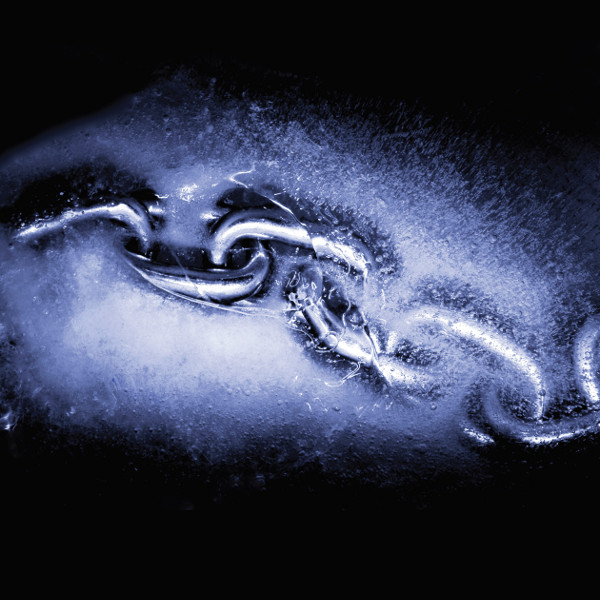 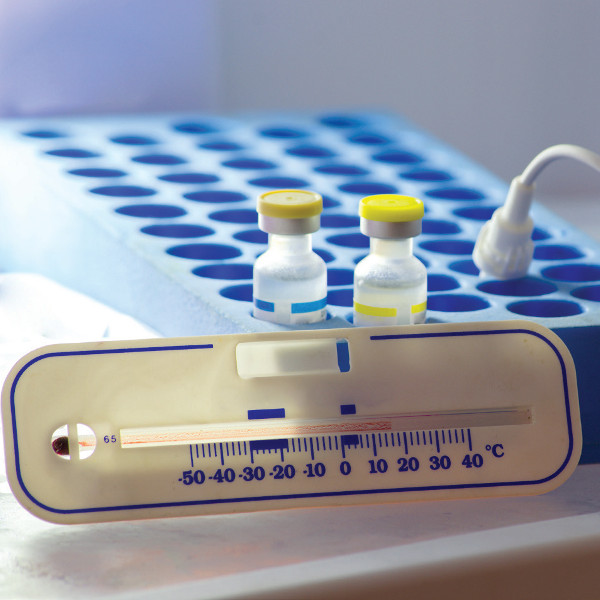 Typical vaccine product travelling through the cold chain.
Post to: