Power to the people

Over half of the states in the US now have legalised cannabis in some form and, since November 2018, it is available on prescription for certain conditions within the UK NHS. However, due to the complex, evolving regulatory landscape, navigating this market can be challenging. Josh Fegan, CEO of Althea, speaks to Louise Thomas about the key considerations.

In June 2018, the case of 12-year-old British boy Billy Caldwell – whose mother attempted to bring home a cannabis oil from Canada to treat his epilepsy – brought to the fore a worldwide debate on whether families should be able to access cannabis-based preparations to treat their children.

As the story unfolded, the US FDA licensed the first cannabis-derived medicine – Epidiolex (GW Pharmaceuticals) – for the treatment of Lennox- Gastaut syndrome or Dravet syndrome in children aged over two years. In other countries, pharmaceuticalgrade cannabinoid medicines are already available, such as Sativex (Bayer) for the treatment of multiple sclerosis. After the approval of Epidiolex, FDA commissioner Scott Gottlieb released a statement expressing the importance of conducting high-quality clinical trials to prove the safe and effective medical uses for the active chemicals within these elements.

Blaze through the annals of history

Although medicinal cannabis might seem new, it has a long tradition in Western medicine. The plant’s natural components called cannabinoids have been used for decades for the treatment of seizures. In the 1840s, the effectiveness of hashish in treating a child with a convulsive disorder was described by physician William O’Shaughnessy following observations made in Bengal. In 1980, researchers reported anticonvulsant benefits in a trial of cannabidiol (CBD). A number of studies have also highlighted the safety and effectiveness of CBD for treating patients with epilepsy who do not respond to traditional approaches.

The different ways that cannabis-based products for medicinal use (CBPMs) are produced adds a further layer of complexity in getting these products approved for use with patients. There are many varieties of marijuana used in the manufacturing of CBPMs. Mostly these plants can be classified into two main genetic types: cannabis sativa or cannabis sativa forma indica. Sativa plants, which primarily originate from South America, are taller and have longer leaves, typically producing a more energetic ‘high’. Indica plants, which come from various areas of Asia, are shorter and have wider leaves, and tend to produce a more calming, sedative effect.

Most CBPMs sold worldwide are hybrids of these two plants, created by breeders to provide specific therapeutic effects. These plants all have different levels of THC, CBD, other cannabinoids and mixes of terpenes (which also have therapeutic effects although these are currently not well understood). In addition, there are more than 80 active components in the plant. THC is the main psychoactive element, while CBS is the main non-psychoactive element. A variety of types of products are thus on the market, with dispensaries in the US offering several dozen at any one time.

It will likely be a while before the FDA approves other cannabis-derived products are on the market. For health conditions such as multiple sclerosis, anxiety and pain, the research progress has been slow. The lack of adequate, large-scale clinical studies is primarily because of the legal restrictions scientists face in getting funding for their research. In addition, the findings of of whole plant products are difficult to interpret because of differences in product composition, dose and administration protocols, and the lack of long-term follow-up. However, despite these challenges, it is an area of market likely to grow in future years and worth consideration

In February 2019, Althea, the Australian manufacturing partner of Aphria, launched CBPMs in the UK, alongside a medical education platform for doctors to help improve patient access. Josh Fegan, CEO of Althea, founded the company in 2016 following the registration of the ND Amendment Act, an act which legalised medicinal cannabis in Australia.

Althea has successfully developed a number of CBPMs. In Australia, where the company is based, they are accessible cannabis oils and dried flower products. These can be used in a number of different ways by patients, such as being vaporised or making them into teas. The various forms are not only a matter of preference but also have different impacts on the body. For example, vaporising a dried flower has immediate onset whereas cannabis oil products take approximately 45 minutes to take effect.

Like all companies developing CBPMs, Althea has had to deal with a variety of hurdles in getting its products to market. “One of the biggest challenges for the industry is navigating the unique and complex regulatory environments between different countries or even states to provide access; it means that what is true in one market may not be in another market,” explains Althea’s CEO, Josh Fegan. “An absence of supporting clinical evidence can also make it difficult to raise awareness of these products and their potential to treat different conditions.”

In an attempt to overcome these barriers, Althea will be releasing an accompanying educational tool to help improve patient access to their products. “Regulation also has an impact on research and development into CBPMs, which in turn can have an impact on how healthcare professionals view the products,” says Fegan. “We will be launching Althea UK Concierge, a medical education platform for healthcare professionals, which helps to streamline the prescription process for specialist doctors in the UK. The platform offers access to clinical evidence on cannabisbased products for medicinal use.”

Engaging in dialogue with a variety of individuals and organisations is another important strategy to drive progress in this space. “It is vital that the industry collaborates with healthcare authorities to share knowledge and expertise, and continue to build the evidence base in this space,” says Fegan. “There is also an important role for patient organisations, as we have seen in the UK where they have been instrumental in driving legislative change to create access to CBPMs for patients.”

Currently, there are only four CBPMs in Europe that have been approved by the European Medicines Agency (EMA). All are pharmaceutical products, containing defined active components including THC and CBD in specific amounts. However, the levels in these products are too high for consumption by children, leaving a large gap for young patients with conditions that could be aided by CBPMs.

Despite hesitancy among regulators and healthcare professionals, there is growing public demand to make CBPMs more accessible, as well as calls from patient organisations, such as the Royal College of Nursing in the UK. Such efforts have included the suggestion that these products should not be subject to the same level of scrutiny as other prescription medicines. This is unlikely to occur in countries with publicly funded healthcare systems, where an evidence-based approach is highly valued. In in the UK, the National Institute for Health and Care Excellence (NICE) reviews both clinical and economic evidence on new pharmaceuticals to decide which should be given to patients.

Currently, these products are only being considered in exceptional circumstances. “In England, current guidance from the NHS states that CBPMs are only likely to be prescribed for children and adults with rare, severe forms of epilepsy and for adults with vomiting or nausea caused by chemotherapy when other treatments were not suitable or hadn’t helped,” says Fegan.

There is certainly not consensus about current healthcare regulation within the UK. In recent years, NICE has been increasingly criticised by academics for being too focused on large randomised controlled trials to produce evidence, discounting professional expertise, to the detriment of patient needs. A 2014 paper published in the BMJ expressed this sentiment and it has been subject to heated debate since.

For the time being, NICE plays a hugely important role in regulating products for patients in the UK. With the organisation expected to publish guidelines about CBPMs later this year, practices within the NHS could soon be subject to significant changes.

Other countries have adopted a similarly cautious approach. In Germany, for example, doctors are only allowed to prescribe government-approved CBPMs on a compassionate basis to severely ill patients with specific illnesses who have not benefitted from other treatments. Some areas have much less tightly regulated systems. In the US, boundaries between medical and recreational use have become increasingly blurred, and cannabisbased products have been presented as a panacea for a range of clinical conditions, as well as promoted for general health and well-being.

In light of the increasing evidence base and patient demand, this market is likely to continue to grow over the next several years. Although the regulatory environment is complex, this is not unique to cannabis-based products. With a collaborative approach, it can be navigated.

Other countries have more restrictive laws allowing for the use of specific cannabinoids only, such as Brazil and France, which have approved the use of Sativex.

The countries with the most relaxed policies are Canada, Uruguay and the Netherlands, where cannabis can be purchased without need for a prescription. In Mexico, the THC content of medical cannabis is limited to 1%t. The same limit is also applied in Switzerland although no prescription is required to purchase. In the US, the legality of medical cannabis varies by state.

Cannabis is in Schedule IV of the United Nations' Single Convention on Narcotic Drugs, which makes it subject to special restrictions. Article 2 provides for the following, in reference to Schedule IV drugs.

“A Party shall, if in its opinion the prevailing conditions in its country render it the most appropriate means of protecting the public health and welfare, prohibit the production, manufacture, export and import of, trade in, possession or use of any such drug except for amounts which may be necessary for medical and scientific research only, including clinical trials therewith to be conducted under or subject to the direct supervision and control of the Party.”

The convention permits countries to decide whether they want to outlaw cannabis for all non-research purposes, depending on health and welfare concerns. The regulation demands that states that permit the production or use of medical cannabis must operate a licensing system for all cultivators, manufacturers and distributors, and ensure that the total cannabis market of the state does not exceed that required “for medical and scientific purposes”. 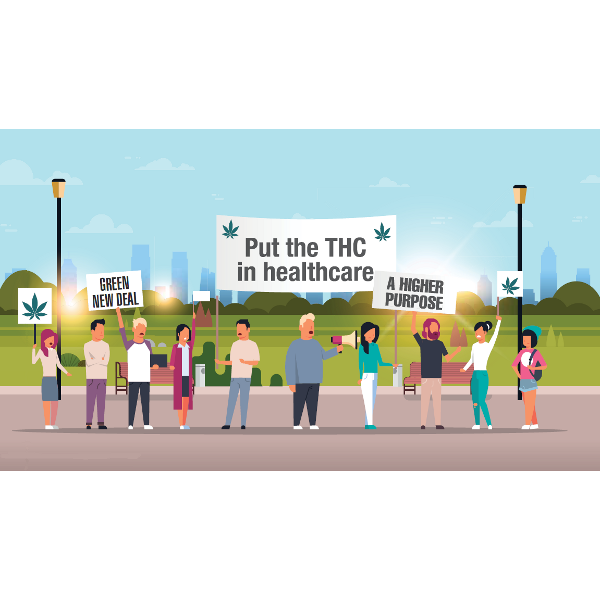 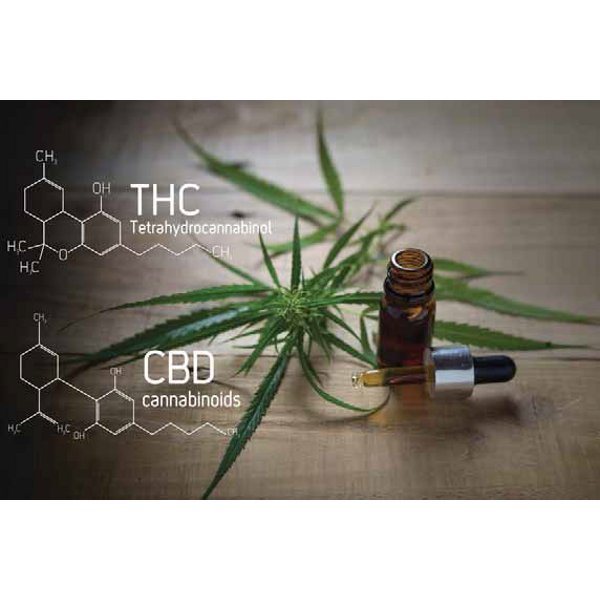 CBD and THC are the two leading cannabis-based compounds. The two share an almost identical molecular structure.
Post to: