For parenteral drug products, there is a need to further investigate the materials that will be in contact with the drug product during manufacturing, storage, final packaging or the delivery of the drug to the patient. Jim Banks speaks to Carsten Worsøe, principal scientist at Novo Nordisk, about what is needed to better mitigate risk and optimise documentation for extractables and leachables.

In the pharmaceutical industry, patient safety is paramount. Eliminating the risk of contamination of products is therefore the focus of intense research. In an age when single-use systems have been widely adopted for parenteral drugs, there is an increasing need to ensure that during the production, storage, packaging and delivery stage nothing comes into contact with the drug that could cause harm to the patient or alter the formulation of the drug.

Since the late 1990s, extractables and leachables (E&L) have been carefully examined by the industry, in close collaboration with its packaging and equipment suppliers. Extractables – chemical entities that will extract from the components of a process system into a solvent under controlled conditions – help to identify potential leachables, which can migrate into a drug product over the course of its life under normal conditions. The field of study began with cases of pure red-cell aplasia (PRCA) for some of the patients taking Johnson & Johnson’s Eprex. Since then, it has become essential to ensure E&L do not interfere with drug product assays or medical diagnostic tests, react with drug products components, create impurities or, in extreme cases, toxicity.

Carsten Worsøe, principal scientist at Novo Nordisk, has spent the past 20 years at the company developing analytical methods for E&L testing of new packaging and container closure systems. Having been involved in this field of research since its birth, Worsøe has witnessed major changes in testing procedures and technology for packaging and container closure systems that have advanced the field enormously.

In 1999, the FDA released guidance on the documentation for E&L for container closure systems, which also happened to be the time that Worsøe joined the company. “The company wanted someone who could do trace analysis to detect migration into drug products,” explains Worsøe. “In the industry, it has become clearer what we need to do in terms of testing, but the FDA guidelines give us little help. In Europe, the plastic immediate packaging material guideline from 2005 also has little guidance on how to do E&L documentation.”

It is clear that regulation has not kept pace with change occurring in the industry and Worsøe has some solutions.

“We have proposed that the International Council for Harmonisation of Technical Requirements for Pharmaceuticals for Human Use (ICH) should take up a guideline on E&L,” Worsøe says. “It would help if everyone were working to the same standards. What we find is that some national health authorities are very interested in E&L, while others are not interested at all.”

The lack of interest among some health authorities may, in part, be due to the fact that very few problems have occurred over the years. That is no guarantee that the same will hold true in the future, however, as new packaging materials, designs and new drug formulations come to market.

It is imperative that preventing contamination remains high on the agenda, particularly in the single-use market.

“One of my priorities is examining the potential outcomes of leachables interacting with drug products, especially within biological drug products where leachables can react with individual amino acids and potentially change the quality of the drug,” says Worsøe. “There is more research being done into the safety side – looking at the safety of the leachables when administered to patients – and that area is well funded.”

Change on the horizon

The industry is also beginning to put more resources into looking at potential changes in drug product quality. “Many contract labs do analytical testing and documentation, and they are now also working on providing safety assessments for leachables,” Worsøe says. “Few are also looking at the potential for biological interaction.”

While regulation has been at a standstill for most of the past 20 years, changes in analytical methods have also been relatively slow. Orthogonal methods are the foundation, though no single method can be used to detect all extractables. Liquid and gas chromatography, inductively coupled plasma mass spectrometry (ICP-MS) and a range of other options, including total organic carbon analysis or gravimetric analysis mass of non-volatile residue (NVR), must be used in various combinations to get a full spectrum of results.

“One of my priorities is examining the potential outcomes of leachables interacting with drug products, especially within biological drug products where leachables can react with individual amino acids and potentially change the quality of the drug.”

What has changed, however, is the way in which the results of these detection methods for extractables are managed. As in many industries, data is the key. “Now, the real change is on the data side,” says Worsøe. “The data is being evaluated by computer, rather than manually and there are more highresolution mass spectrometry instruments using accurate mass detection that yield much more information. We are developing databases for the accurate identification of previously unknown leachables. Sophisticated algorithms are enabling us to look at the data packages, and that is driven by the technology providers with which we work.”

These developments have already made a big impact but Worsøe is keen to continue driving progress forward. “The next step is to build libraries using liquid chromatography, as we already have standardised libraries for gas chromatography,” says Worsøe. “The processes for analysis have improved a lot, especially for the characterisation of unknown leachables.”

Effective risk mitigation relies firmly on the successful cooperation between the different internal disciplines as well as between the pharmaceuticals company and its suppliers. Within Novo Nordisk, Worsøe has been one of the main facilitators in this area, bringing together relevant people in packaging materials, toxicology, formulation, regulation and analytical chemistry to participate in risk assessments and strategies for E&L testing in development, and supply projects within parenteral delivery systems – including pre-filled cartridges, pre-filled syringes and pump infusion systems.

“Within the company, we must also have people who understand CCS, SUS, analysis, toxicology and many other aspects.”

“Collaboration starts with having a good relationship with suppliers of container closure systems (CCS), single-use production systems (SUS) and device parts,” says Worsøe. “The key to that is a confidentiality agreement, which must be in place as the foundation of the relationship. This is because there are relatively few suppliers in the industry and they each work with many pharmaceutical companies.” Good internal working knowledge is also key. “Within the company, we must also have people who understand CCS, SUS, analysis, toxicology and many other aspects,” says Worsøe. “They all play a part in enabling us to set up studies to see what we can extract from a component, so that we can then look for them as leachables.”

For now, the onus is on the pharmaceutical company to identify E&L risks and document them in a way that – although not strictly defined by regulatory bodies – is an acceptable description of the E&L analysis and any potential risks.

For Worsøe and others, this approach needs to evolve to reflect the collaborative nature of the industry. “Today, various industry groups are trying to get container, and CCS and SUS suppliers to provide extractables data with their components,” explains Worsøe. “One example is the BioProcess Operation Group (BPOG) E&L SUS team where approximately 15 pharma companies and 12 major SUS suppliers are working together in defining and providing supplier SUS extractables data to be used directly at the pharma companies.”

On the right path

This is an important step forward in reducing the time and effort required by each pharmaceutical company. In addition, such activity can provide valuable guidance for suppliers about which extractables data is relevant and how it is used.

There is an ongoing debate about what constitutes an appropriate level of information that should be provided by suppliers and about what testing should be done. Some proposals have been made and organisations such as the Extractables & Leachables Safety Information Exchange (ELSIE) and others, are making a significant effort to advance this debate.

Some suggestions have, so far, been seen as too wide-ranging to garner consensus, but they have served to move the debate forward. A key step in clarifying this discussion and in advancing the approach to the risks of E&L in general, would be to give the industry a clearer idea of the documentation process.

“The priority remains setting guideline standards for E&L documentation,” Worsøe says. “My hope is that an ICH guideline on E&L will get us on a common ground between health authorities, pharma companies and suppliers.”

With clarity, collaboration and continued advances in data analysis, E&L risk mitigation will become simpler and quicker, leaving the likes of Worsøe free to explore further into the realm of unknown leachables. 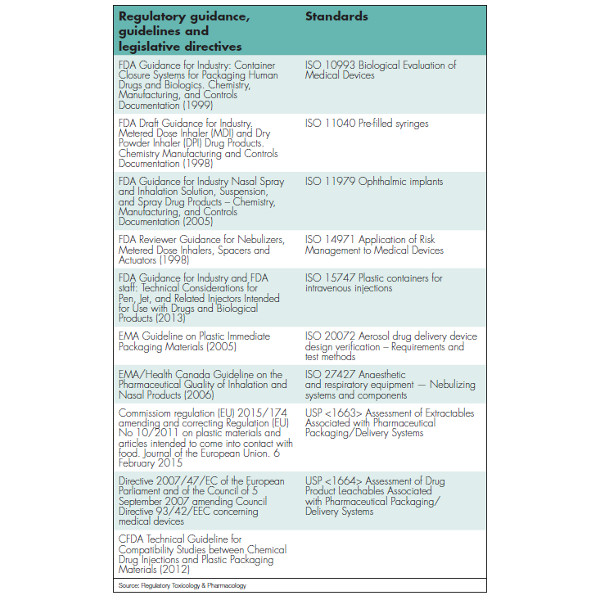 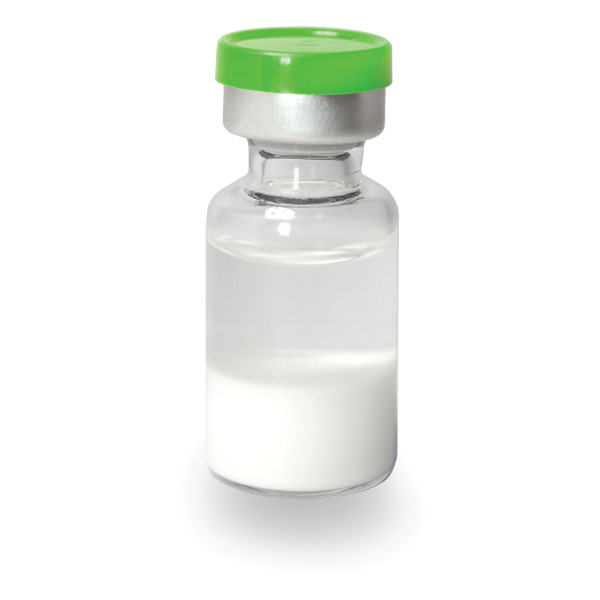 Eliminating the risk of contaminating products is of utmost importance to the pharmaceutical industry and its patients.
Post to: