Supercritical fluid technologies have grown in popularity in recent years, due to their low impact on the environment as well as their ability to streamline development and save costs. Louise Thomas discusses the current and future applications of this strategy for drug development.

Supercritical fluids (SCFs) are gases or liquids that are at temperatures and pressures above their critical points. At these points, SCFs have properties of both liquids and gases. Their density values are similar to those of liquids and flow properties resemble those of fluids.

SCF has been applied in a number of different ways in the pharmaceutical industry, including in chromatography, synthesis, purification and extraction, as well as drug development. In the latter context, it offers an efficient method to form endproducts able to meet target specifications. It is now acknowledged as being a feasible alternative to conventional techniques using liquid organic solvents. SCF is particularly advantageous because it is safe, cost-effective and environmental-friendly.

Compared to other methods, SCF makes it easier to control product characteristics. The large number of operating parameters and conditions, such as pressure, temperature, nature of the phases in presence, compositions, flow rates, introduction modes and mixing conditions can all be varied in order to create an end product with specific properties.

A number of SCFs are available but the most frequently used is carbon dioxide because it has a low critical temperature and is non-flammable, nontoxic and inexpensive. It also holds Generally Recognized as Safe (GRAS) status. Nitrogen oxide, ammonia, chlorofluro ethane, trifluoromethane and xenon are also relatively commonly used.

Although SCFs possess very high solvation power or solute capacity at critical points, their solubility can be enhanced by incorporating a co-solvent or a co-solute. This could be a polar or non-polar miscible solvent added in small quantities (1–5%), which would modify the polarity and solvent strength. Some examples of co-solvents used are methanol, ethanol, acetone and dimethyl sulphoxide.

The crux of the issue

There are a number of different ways that SCF can be used in drug development, in which it performs three main functions: as a precipitation solvent, precipitation anti-solvent or dispersing agent. When implementing the technology, processes are applied either to the pure drug to modify crystal morphology, habit or polymorphic form, or to the drug in the presence of one or more excipients to slow down or enhance drug release, to protect the drug during storage or within the human body after administration.

When SCF is used as a solvent, the first step involves drug solubilisation, followed by an expansion of the resulting solution in a lower pressure vessel. The dramatic increase that occurs in the solvent power during depressurisation results in high solute supersaturations and ultra-fine particles to be formed.

The most frequently used application of SCF as a solvent is in the rapid expansion of a supercritical solution process (RESS). This is suitable for liquids that have a relatively high solubility. It is carried out within a high-pressure cell, often called an extraction or saturation vessel, which is swept by a continuous SCF flow rate. If successful, the concentration of the liquid in the SCF will reach the solubility value. If the SCF-rich phase is saturated, the resulting supersaturation achieved during depressurisation will be higher and the overall SCF consumption lower and the productivity of the process enhanced. The conditions of pressure and temperature in both the saturation and expansion vessels thus need to be carefully chosen.

A number of studies have demonstrated that RESStype processes are a highly efficient method for coating active pharmaceutical ingredients. However, there are a number of challenges with this method. The first is that the ratio of SCF/solute is quite high. However, this can be addressed if an efficient loop of SCF purification is implemented and recycling is conducted on a large scale. The collection of generated particles is another inherent difficulty.

A potential solution is trapping the active principle solute in a fixed bed of excipient placed in the collection chamber. Finally, the enthalpy (the amount of heat and work removed from the substance) is a major engineering difficulty. Intensive heating of the depressurisation line is required to avoid carbon dioxide condensation and early solute precipitation. Although feasible to implement within a single lab, this is less feasible to achieve on a larger scale. When SCF is used as an antisolvent, the principle closely resembles that of conventional methods of crystallisation using a liquid antisolvent. In those cases, the substance to be precipitated is first solubilised in a liquid organic solvent before being put into contact with the SCF. There are several different methods using SCF as an anti-solvent, with the supercritical antisolvent (SAS) process being the most widely used. A derivative of this method, called supercritical enhanced dispersion solution (SEDS) is also relatively common.

Over the past 30 years, a number of drug solutes have been recrystallised or co-precipitated with excipients using this technique. It involves using a single vessel, swept by a continuous SCF flow rate. The solution that contains the active pharmaceutical ingredients and excipients is inserted into the highpressure vessel using a capillary tube or nozzle.

The simultaneous diffusion of the SCF in the liquid solution and the organic solvent result in solute supersaturation and its crystallisation/precipitation. The solid particles created accumulate in the high-pressure cell and are collected after depressurisation.

The SAS process offers huge potential for drug development because the crystallisation occurs under steady-state conditions, including constant pressure, temperature, fluid rates and flow rates. This results in particles that are thus more homogenous and easily replicated than those created through alternative methods. A key limitation of this method is the reliance on organic solvents. However, it is important to note that a non-toxic solvent, such as ethanol, or harmless compounds could be used. The other key challenge is the inability to achieve complete removal of residual solvent traces when lowvolatile substances are used on an industrial scale. Preferentially volatile solvents are thus recommended.

Supercritical carbon dioxide can also be used as a dispersing agent when it presents a particular solubility in the compounds to be precipitated. This solubilises itself in the substance when temperatures and pressure are at the right levels for it to become molten. This process, known as particle generation from gas-generated solutions (PGSS) is well suited for polymers where carbon dioxide is absorbed in high quantities, resulting in plasticisation.

The first stage of the carbon dioxide solubilisation takes place in a high-pressure vessel (often called a mixing vessel). An adaptive stirring device is required to optimise mixing conditions.

The molten mixture is expanded within a second vessel (often referred to as a collection or precipitation chamber), placed in lower-pressure conditions. This stage can either be conducted at ambient pressure or a level higher than the carbon dioxide critical level. It is often supplemented by a nitrogen and/or an air flow to promote carbon dioxide release and the dispersion of the formed particles to limit their aggregation and retention on the vessel walls. Similarly to the RESS process, the temperature of the mixing vessel, collection chamber and preexpansion tubing require careful consideration and control to ensure a smooth procedure.

Compared with RESS and SAS processes, this technique is advantageous because it requires a much smaller quantity of SCF. However, contrary to the SAS process, there is not a requirement for organic solvents. Despite these benefits, there are also several limitations. For example, tube clogging can occur during expansion and it can be difficult to recover the particles obtained from an expansion stream. Precipitation also occurs during the depressurisation phase, which can make it more challenging to predict the end-product characteristics and to rationalise results from experiments.

Although SCF has been used for drug formation in the industry for the past 30 years, it has yet to be widely implemented. A key factor is the inherent problem of scaling up these processes. Particle collection is an ongoing issue, made more complex by the requirement for procedures to meet good manufacturing practices (GMP) guidelines while maintaining efficiencies. One strategy to overcome this is the use of a filtration bag to collect particles in the precipitation chamber.

In anti-solvent processes, the use of an organic solvent can remain present as residual traces in the end product. However, this can be eliminated by washing the solvent after precipitation. It is important to ensure the powder is evenly distributed in the precipitation cell to avoid carbon dioxide flowing in preferential paths, resulting in less efficient washing and the formation of particle aggregates. This can be particularly problematic when working on larger scales. One option is to alternate washing with a SCF flow through the top and bottom of the cell containing the powder.

Now that SCF for drug particle generation has been validated, future work should look to explore other processes, which can be used in combination. For example, supercritical extraction of a compound of interest from a dry natural product could be coupled with one of these processes, following the extraction stage in a separation vessel. This would eliminate the need for an organic solvent.

The use of service providers to help with scalingup could facilitate the creation of clinical and even commercial batches. This allows for product development without having to make large investment costs. In addition to the inherent environmentally friendly nature of the processes, such activities are likely to expand the use of SCF throughout the pharmaceutical industry over the next few years. 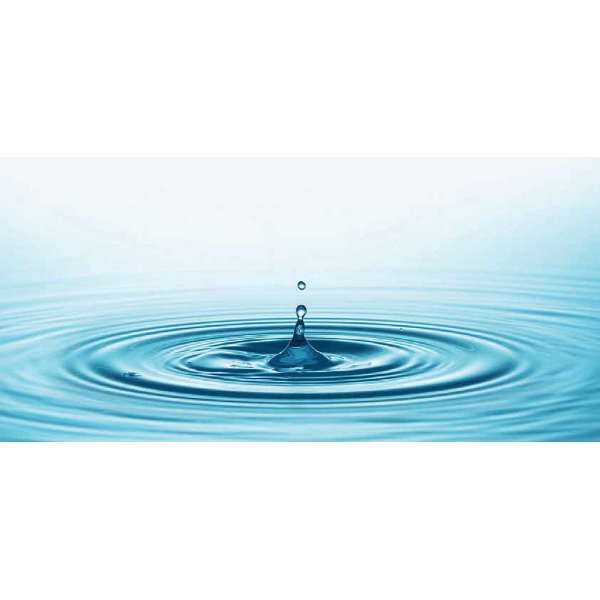