The circle of life

Manufacturing a cell or gene therapy is difficult and costly. Unlike other types of drugs, these living cells demand a sophisticated and circular process that is individuated for each patient. Minh Hong, head of commercial development for cell therapies at Lonza, speaks to Louise Thomas about optimal strategies when manufacturing these drugs, including how to choose the right technology.

The field of cell and gene therapy is transforming the way in which patients can be treated. These novel drugs offer drastically improved patient outcomes and, in some cases, can even be curative. The ability to cure diseases is a unique advantage compared with the traditional medications that focus on alleviating symptoms and thus many pharma companies are investing heavily in the field.

There are a wide range of definitions of cell and gene therapies, with some companies even having their own. Minh Hong, head of commercial development for cell therapies at Lonza, explains how the company distinguishes between the different types of therapies.

“Broadly speaking, cell therapies is where the product that we’re making is cells themselves and they could be autologous or allogeneic cells,” says Hong. “These are used, for example, for tissue repair, cancer vaccines and cellular immunotherapies.”

Genetic diseases and cancer are the two key areas of focus for these therapies. With huge potential to be able to treat and even cure these conditions, the industry is keen to establish proof-of-principle for drugs as quickly as possible. A look at the scientific literature around cell and gene therapies demonstrates the rapid pace in which the field is moving. “You have to keep up with the research out there because developments change every day,” says Hong. “There is something new happening all the time.”

Developing a traditional therapy typically takes between seven and 15 years to get the product into the market. In contrast, cell and gene therapies, from proof-of-concept to commercialisation, can take as little as three to four years.

Despite the speed of developments, it is important to remember that the field is young and still grappling with growing pains. “People used to say it was in its infancy; I think personally now it is in its teenage years,” says Hong. “In the explosion and recent growth that we are experiencing, we have tons of pressure and responsibilities to deliver on these therapies.”

In order to keep up with the field, regulation is having to adjust its ways of working. “The paradigm and frameworks of how these therapies are being developed is shifting,” says Hong. “For example, with fast-track approvals, regulators are really trying to help get these therapies to patients as quickly as possible.”

300, 000ft2
One of the largest dedicated facilities for the manufacture of cell and gene therapies opened in April 2018 in Houston, US. Lonza

The need for speed is complicated as it raises a number of difficulties, particularly in terms of manufacturing, which the industry is still working to overcome. “We’re seeing pioneering technologies, developing novel practices, or paradigm-shifting practices and taking a close look at bioassays and analytics in order to scale-up and meet the demand needs,” says Hong. “Although at the moment we are talking about a relatively small patient population, the goal is to bring this to the masses.”

“In the explosion and recent growth that we are experiencing, we have tons of pressure and responsibilities to deliver on these therapies.”

3-4 years
It takes three to four years to develop cell and gene therapies in contrast with traditional therapy’s seven to 15.
Lonza

In order to address these challenges, in April 2018, Lonza opened one of the world’s largest dedicated facilities for the manufacture of these drugs in Houston in the US. The 300,000ft2 clinical and commercial manufacturing facility manufactures everything; for example, viral vectors through both autologous and allogeneic therapies, which is substantially expanding the company’s capacity to develop cell and gene therapies on a large scale.

“We want to be able to launch millions of personalised therapies and be on a par with the manufacturing of standard drugs. That is going to be a huge challenge for sure but I think it is possible with the enabling technologies that are being developed.”

Central to tackling the obstacles in the field is being highly strategic, right from the start of the process. “I think a lot of times we’re always in a rush to show proof of principle and we think that the processes are good enough,” says Hong. “But when we really think about getting these drugs to the market, we find that the earlier you can address the process gaps, you can save months or even years, by not having to backtrack.”

Cell and gene therapies, due to being comprised of living cells, also pose logistical issues. “Historically, you can make batches of active pharmaceutical ingredients (API), store them and then ship when needed,” says Hong. “For cell and gene therapies, these tend to be fresh products, so if you’re trying to serve a patient population 100,000 batches a year, that is a huge amount to be dealing with on a daily basis.”

Communication and collaboration are paramount to addressing these difficulties. “We have to basically create an ecosystem that ties all these different aspects together,” says Hong. “We can’t operate in silos; we have to work with our partners in this industry in the front and the back end. Developing these manufacturing execution systems is super important.”

In light of the increasing demand for these therapies, scaling up represents an important challenge to be tackled. “Automation is going to be a key player to ensure commercial viability,” says Hong. “Platforms are also important. Lonza, for example, has invested a lot in a device for autologous cell therapies and in the oncology space, we’ve invested a lot of effort in developing platforms in the 3D area.”

With the field moving so quickly, making any future predictions, on a company or industry level, is not an easy feat. “I wish I had a crystal ball,” says Hong. “We have had five product launches in the past 18 months to two years or so. It is just amazing to see so many of these concepts go from manufacturing to commercialisation in such a short amount of time.”

Lonza has lofty goals for its cell and gene therapies but Hong is confident that these can become a reality. “In order to achieve this, we are going to see a wave of mass customisation; we are going to have to use novel customised technologies to make this happen,” says Hong. “We want to be able to launch millions of personalised therapies and be on a par with the manufacturing of standard drugs. That is going to be a huge challenge for sure but I think it is possible with the enabling technologies that are being developed.”

The ultimate goal is establishing these drugs as standard treatment, which may not be far away. “I believe cell and gene therapies will reach the masses and become an integral part of medication regimes for multiple conditions,” says Hong. “That is the holy grail but I think it is achievable within the next five to 10 years.”

Since the introduction of science fiction, the popular press has toyed with the notion of viral gene delivery and its terrifying implications. One of the more recent popular works on the topic is the 2007 adaptation of Richard Matheson’s classic 1954 novel, I Am Legend, which details events following the discovery, release and mutation of a genetically re-engineered measles virus that was initially hailed as the cure for cancer. This adapted novel, which has been redone in three instances as a feature film, outlines the seemingly inevitable worldwide destruction that could result from viral gene therapy. With an emotionally stirring history of fictional violence and a debate that provokes both moral and medical issues, it may be surprising that, since 1990, billions of dollars have been spent on hundreds of human viral gene therapy clinical trials. Our society is in the midst of a paradigm shift that began with the discovery of viruses as dangerous infectious agents and will end with the use of viruses to cure disease and regenerate tissues.

On 19 January 1989, the director of the National Institutes of Health (NIH), Dr James Wyngaarden, approved the first clinical protocol to insert a foreign gene into the immune cells of persons with cancer. On 14 September 1990, W French Anderson and his colleagues at the NIH performed the first approved gene therapy procedure on a four-year-old girl born with severe combined immunodeficiency. Despite the viral horror stories written by the popular media, this initial trial was largely a success and the most recent report on this individual in 2004 noted that she is thriving as an 18-year-old teenager in suburban Cleveland. Over the next 10 years, 300 clinical gene therapy trials were performed on about 3,000 individuals. The field was then blackened with the death of an 18-year-old male four days after the introduction of 38 trillion particles of recombinant adenovirus into his liver. Despite this tragedy, we continue to move forward because of the great promise of novel genetic treatments that, when perfected, will likely outshine current methods, such as protein therapy or pharmacotherapeutics, for treatment of many diseases and defects.

Source: The Journal of Dental Research

Innovations and investigations into cells continue at a pace. 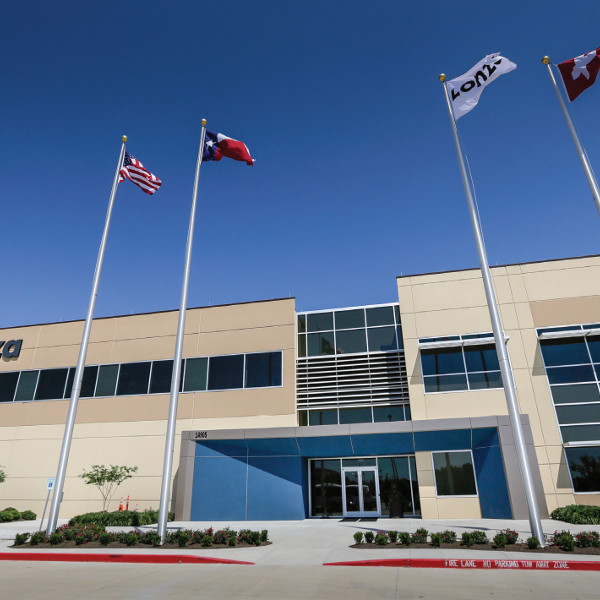 Lonza’s facility for the manufacture of cell and gene therapies.
Post to: