Top of the green chain

Pharmaceutical companies have long grappled with getting their supply chains in order, especially when it comes to keeping them sustainable. But between lax reporting and environmental scandals, supply chains have traditionally been decidedly ungreen. Andrea Valentino talks to David McClintock and Camille Messer of sustainability ratings company EcoVadis about how a new joint initiative could finally help the industry clean up – and how the latest technology is pushing it along.

Hyderabad was once known as the City of Lakes. No longer: most of the water has disappeared and what remains is a squalid cesspool. One of the causes can be seen by wandering the suburbs north of the town, where every street is lined by gasping funnels. Hyderabad is home to 50% of the Indian pharmaceutical industry and, spurred on by lax oversight, drugs companies have run wild. Pharmaceutical factories regularly dump heavy metals and solvents into the water system, an ecological catastrophe that washes up thousands of dead fish every month.

Hyderabad might be an intensely shocking example, but it is far from unique. For years, the pharmaceutical industry has struggled with sustainability, especially when it comes to partners lower down the supply chain. From the irresponsible dumping of waste to an overreliance on unrecycled plastics – used in an estimated 90% of pharmaceutical supply chains – getting drugs to the people who need them can be a frustratingly dirty experience.

But the situation is far from hopeless. By using greener ingredients and encouraging recycling policies, there is plenty pharmaceutical companies can do to be more sustainable. This is equally true when it comes to their supply chains. By combining new technology with old-fashioned teamwork, the pharmaceutical industry is transforming how it works with suppliers, saving money and improving reputations along the way.

In one sense, outrages like Hyderabad are just the sharp edges of a wider problem. As the pharmaceutical industry becomes more globalised – and blockbuster drugs are being swapped for cheaper alternatives – companies are increasingly making and selling drugs in developing countries, where manufacturing costs are often 40% below those in the West. A fine example of this trend is Sanofi, the Parisbased conglomerate, which now works with 86,000 suppliers across 157 countries.

Yet the dash to cheaper overheads is far from easy. “Not everyone can pay what the American healthcare system pays for pharmaceuticals,” explains David McClintock, the marketing director at EcoVadis, a sustainability ratings company. “Companies have to find a way to make drugs profitably by going into other markets. But if you’re sourcing from different places, you’re facing lots of unknowns.” To put it bluntly, if pharmaceutical companies can generally trust their suppliers in Antwerp or Düsseldorf, Hyderabad and cities like it are another story.

These challenges are especially urgent now that medical technology is developing so fast. The latest biological medicines, for instance, need to be carefully stored in chilled environments if they are to survive the trip from factory to clinic. That means spending more on electricity and packaging, but also pushing companies to invest in sustainability along the supply chain. This pressure is especially fierce given the potential to save money. Using sustainable insulation on the cold chain can cut energy costs by up to 80% – nothing to sniff at considering the biological drugs market is expected to reach $394 billion by 2024.

At the same time, these technical shifts are stalked by increased regulation. If a pharmaceutical company wants to transport cold-chain medicines, for instance, it now has to abide by UN rules that dictate insulation performance and heat extraction rates. National bodies are doing similar work, at least in rich countries. In 2012, Sweden became the first country to stick environmental rules into contracts with pharmaceutical companies, while the Environmental Protection Agency lately banned companies from tipping hazardous waste pharmaceuticals down the drain.

Even if the long arm of the law fails to change big pharma, the boardroom probably can. As Camille Messer, a senior client manager at EcoVadis notes, there is significant “investor pressure” on companies to become more sustainable, especially as any slipups can ruin their hard-earned reputation.

Given these demands, you might expect pharmaceutical companies to have long ago adopted rigorous sustainability checks. Yet even a few years back, the situation was dire. Suppliers regularly turned in sustainability questionnaires without evidence, and many were overwhelmed after receiving the same massive surveys from all their customers at once.

“By using greener ingredients and encouraging recycling policies, there is plenty pharmaceutical companies can do to be more sustainable.”

The results of all this were often predictable, especially in developing countries. The case of Changsheng is typical. A few years back, the Chinese drug company was caught falsifying production records and mixing up batch numbers, a lapse that led to a $1.3 billion fine. The rot has sometimes spread to big multinationals. Speaking in 2017, one GSK boss recalled finding a “cottage industry” of spamming suppliers with mystifying questionnaires. Graft inevitably followed: Chinese police discovered Chinese executives at GSK had spent $489 million to illegally boost sales. Not that GSK is alone. Both Pfizer and Roche, among others, have been criticised for their shoddy supply chain practices.

These scandals – what McClintock calls companies “stubbing their toes” – seem to finally have nudged big pharma towards change. Bayer now has a code of conduct based on UN principles, while Sanofi has embarked on an ambitious auditing campaign. This is shadowed by several industry-wide plans, including the Pharmaceutical Supply Chain Initiative and Together For Sustainability. Another is the Responsible Health Initiative (RHI). Founded by GSK, Takeda and Teva, and run by EcoVadis, the scheme aims to help pharmaceutical companies sharpen their supply chains and ensure that they dump unscrupulous partners.

At the heart of the project is serious investigative work. After one of the pharmaceutical companies gives EcoVadis a list of suppliers, Messer and McClintock come up with relevant lists of sustainability questions. To avoid the confusion that made earlier checks so cumbersome, the surveys are tightly focused. As Messer puts it, “a company of 25 employees that has three trucks in Belgium would not have the same material risk as a 2,000 employee chemical manufacturing business across Asia-Pacific.” Thanks to the RHI, meanwhile, suppliers only need to fill in a single questionnaire. The information is then shared to all their buyers at once. Nor does the RHI let partners get away with fiddling the books: EcoVadis always demands proof of good practice from suppliers.

“Because the pharma industry is so regulated, they have this culture of being focused on compliance levels. I believe that those companies that work with us are really trying to go in the direction beyond compliance.”

The questionnaires are hardly scattershot though. By focusing on 21 key criteria – think water consumption and energy efficiency – then coming up with comparative scorecards, EcoVadis and the RHI help pharmaceutical companies judge all their suppliers from a single vantage point. That, in turn, encourages sellers to work sustainably in the hope of winning new business. “It’s a rich rating and the scorecard gives enough feedback that you can incentive it,” says McClintock. He has a point, not least given everything companies have been doing to prod their partners along. Last year, for example, AstraZeneca announced its first ‘Supplier Sustainability Award’, while Takeda has just enrolled another 125 suppliers in the RHI.

For her part, Messer thinks brandishing the carrot over the stick has notable advantages for the pharmaceutical industry, especially when getting companies to go beyond the call of duty. “Because the pharma industry is so regulated, they have this culture of being focused on compliance levels. I believe that those companies that work with us are really trying to go in the direction beyond compliance.”

Certainly, companies are now keen to flap their sustainability credentials, and not just when it comes to liaising with suppliers. For example, GSK uses leftover packaging to make construction material for waterproof flooring. At Baddi, a Johnson & Johnson plant in the Himalayan foothills of India, plastic and paper waste is now sent to recyclers, and food waste is left for the neighbourhood pigs. This consciousness even extends to basic manufacturing materials. By the end of this year, Unilever hopes to source all its palm oil sustainably, and Johnson & Johnson works with Indonesian farmers in similar ways.

Technology is another focus and as in other corners of the pharmaceutical industry, big data is at the vanguard of these advances. For example, Merck now mixes statistics and machine learning to forecast its needs, while Pfizer has developed an app to keep an eye on suppliers. EcoVadis has similar plans for the RHI. Rather than painstakingly investigating each supplier and giving them a sustainability score, McClintock and his colleagues have started letting computers do the hard work.

“There is not a non-zero amount of work to onboard suppliers, and [clients] want to make the best selections possible. We can leverage our giant database, with all of the inherent risk data that we have accumulated, to go through their entire chain and give them a sort of topographical map of risk and opportunity, and tell them ‘this is where your assessment efforts are best applied’.”

This is all good news, though it might be too late to save the City of Lakes. Recent surveys suggest that the water around Hyderabad is still near the filthiest in India, and many crops are too polluted to eat. The Indian Government has begun to take a tougher stance, setting up a National Green Tribunal to punish rule breakers, but violations in the developing world continue. Hyderabad is a reminder of how easily disaster can strike and how quickly progress can be wrecked if the industry gets lazy. 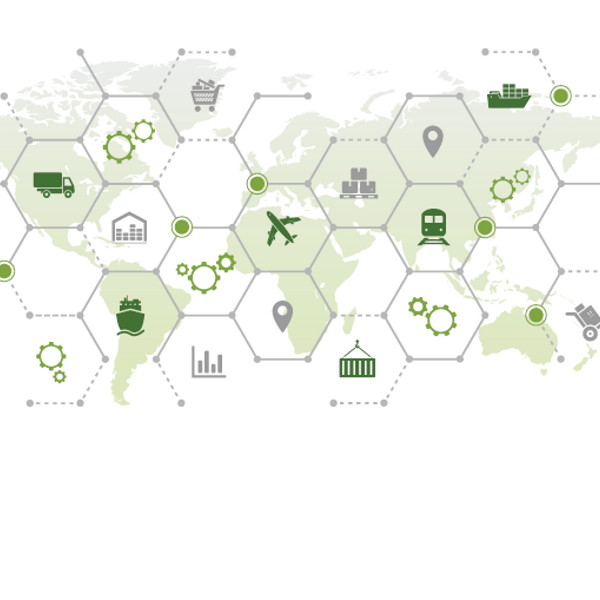 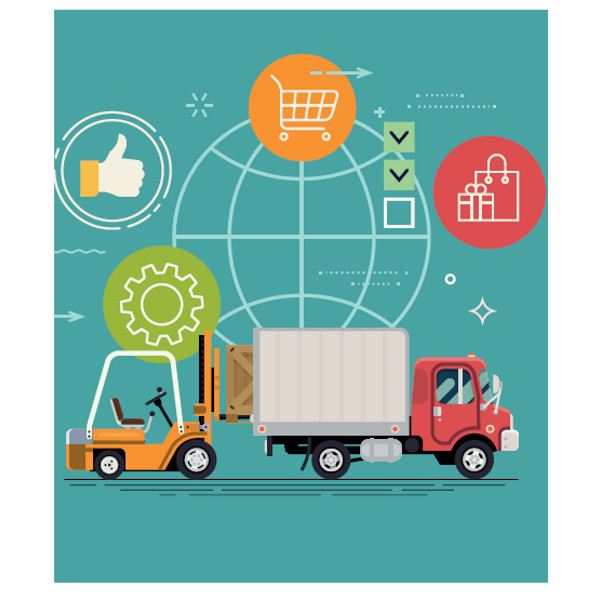 The pharmaceutical industry is changing its supply chain for a more sustainable future.
Post to: