Global pharmaceutical supply chains are weak; there are many manufacturing issues and a lack of incentives to continue to produce less profitable but necessary medicines. Allie Nawrat explores how we can ensure that global supply chains are prepared to survive the next pandemic, natural disaster or trade war.

Medication shortages are worryingly commonplace worldwide. The US Food and Drug Administration (FDA) keeps a list of approved medicines in the US that are short supply; at the time of writing there were 105 drugs currently in shortage. This is cause for concern, because roughly 80% of active pharmaceutical ingredients (APIs) for US drugs are made outside the country.

However, the not-for-profit Access to Medicine Foundation focuses on the impact of drug shortages on low and middle income countries.

There are some high profile examples of shortages, such as Mylan’s epinephrine auto-injector EpiPen, but it is common for drugs indicated for serious medical problems to be in short supply, antibiotics being a prominent example.

These shortages have led to questions about whether global supply chain share up to the task of tackling the next major disruption, whether it is a pandemic, natural disaster or trade war.

Pandemics can rapidly become global crises even if they only exist in select countries, because if that country provides certain drugs across the world, it may choose to stockpile instead of export to help combat the epidemic. This in turn leads to shortages of that drug elsewhere.

Fiona Barry, associate editor at GlobalData’s PharmSource, believes, “trade problems look more likely to cause major problems to drug supply chains than natural disasters.” This has become a particular issue in light of the impact that the 2017 hurricane season had on the US territory of Puerto Rico. Hurricane Maria completely destroyed the island’s electrical grid, meaning that several plants, such as those owned by Baxter International necessary to produce bagged saline, became inoperable.

In its recent report, ‘Shortages , stockouts and scarcity: the issues facing the security of antibiotic supply and the role for pharmaceutical companies’, the Access to Medicine Foundation focused on the challenges facing the global supply of antibiotics.

It identified three underlying causes of antibiotic shortages: a small number of suppliers, a lack of interest in investment in antibiotic R&D and complex supply chains that have little visibility or any discernable accountability.

The small number of competitors at each stage of the supply chains means that failures or market exit from a single component can cause the entire chain to collapse.

“By far the largest shortage is manufacturing problems,” Barry notes. “According to the US FDA, problems with raw materials, quality issues during production, and lack of facility capacity are the major factors.” Mylan has repeatedly attributed its EpiPen shortages to production and manufacturing issues.

The International Society of Pharmaceutical Engineering (IPSE) and Pew Charitable Trusts conducted a survey in which they also identified manufacturing and product compliance issues as central causes of drug shortages.

The Access to Medicine Foundation’s report found that the number of companies producing APIs in antibiotics is falling, which makes it increasingly hard for the industry as a whole to respond to surges in demand. For penicillin, which is in short supply in 39 countries worldwide, only four manufacturers globally make the APIs. Barry notes how the complexity of pharmaceutical supply chains creates vulnerability. She says: “Often, a drug’s active pharmaceutical ingredient will be made by one CMO, and it will be turned into its finished dosage form at a second CMO. It could even be packaged by a third company.”

The Access to Medicine Foundation’s study found that pharmaceutical companies are often reluctant to create new antibiotics because these offer slimmer margins than medicines for indications such as cancer or cardiovascular conditions.

This is coupled with the fact that the antibiotics market is strictly regulated and some governments put pressure on companies to keep prices low because of the large number of patients reliant on these types of drugs.

The IPSE and Pew Charitable trust’s survey found that company decision makers feel that market withdrawals are due to a need to focus on the most profitable projects. Companies also reported that a lack of incentives to remain in the space meant they couldn’t resolve shortages or invest in building systems that could prevent them in the future.

Because of concerns about anti-microbial resistance, according to the Access to Medicine Foundation, when a new product enters the market, it will be used sparingly, meaning it is practically impossible for the antibiotic to gain the high sales volumes needed for companies to justify research and development.

European Association of Hospital Pharmacists (EAHP) president Petr Horak identifies the “unintended impacts of pricing and tendering policies” as one of the main causes of shortages.

The steps to prevent disruption

The Access to Medicine Foundation argues that solving drug shortages will only come from the combined efforts of governments, regulators and the pharmaceutical industry; however, the bulk of the work will need to come from government supported by international initiatives. Pew Charitable Trust’ director of public health Elizabeth Jungman said in her company’s report with the IPSE, “Drug shortages could be reduced with relationships between a manufacturer, a provider, and regulators.” Barry discusses the work the FDA and European Medicines Agency (EMA) has done in this area, saying: “The FDA is also exploring incentives to encourage expansion of manufacturing capacity and enhanced quality, and consider developing a list of essential drugs for which it is critical to ensure an uninterrupted drug supply.

“It’s also looking into financial incentives to make sure reimbursement policies aren’t making it unprofitable to manufacture certain drugs that are more likely to go into shortage.

“Similarly, the EMA has said it is encouraging more collaboration between EU countries and pharma companies to prevent and manage any plausible disruptions.

“Also, mandatory serialisation of all medicine packages in the EU will come into effect in February 2019,” she explains.

An issue of national security

The American Medical Association (AMA) has called on the Department of Health and Human Services to regard drug shortages as a national security issue, as well as echoing calls for industry and government collaboration to establish contingency plans in case of natural disasters.

The EAHP notes that drug manufacturers and wholesalers can help to mitigate the damage to the supply chain from drug shortages by giving adequate notice of manufacturing problems, which includes details about the shortage, such as how long it may last and specific products likely to be affected.

The FDA requires companies under its jurisdiction to do this, but is looking at ways to make this as easy for industry as possible.

“FDA Commissioner Scott Gottlieb has publicly supported the development of new production technologies such as continuous manufacturing to help ease shortages," says Barry. “Continuous manufacturing is less prone to the shortcomings that trigger many drug shortages, as it uses fewer steps and centralises the work, so problems can be identified quickly.”

A further option is to resolve funding issues by producing a “‘different financial model, or more government grants, to incentivise companies to develop these products”’, according to Barry.

She believes this would help to deal with complaints from industry, and that “developing and manufacturing vaccines or antibiotics in preparation for these outbreaks isn’t always profitable, because sometimes they’re not used”.

The pharma industry in Puerto Rico

Puerto Rico, often thought of as a holiday destination, is one of the globe’s most vibrant hubs of manufacturing. The island became a popular destination for pharma companies after 1976, when the US Congress passed a tax code, Section 936, to make it more attractive for businesses. The law exempted companies from paying corporate taxes on profits made in the country, and was enacted to help bolster the island’s sputtering economy.

Companies subsequently flocked to Puerto Rico to set up shop, including most of the biggest players: Pfizer, Bristol-Myers Squibb, Merck, Mylan, Eli Lilly and Company, among others. Amgen built its flagship site in Puerto Rico, which is also the biggest pharma facility on the island. About 90% of the company’s products now pass through the 1.7 million square feet manufacturing complex, with about 2,000 employees. Puerto Rico became the go-to place to make high-profit blockbuster drugs.

In 1996, Congress decided to phase out the law over the next decade as the Puerto Rican government struggled to pay for public services and heavily borrowed to cover its growing deficit. Although the pharma industry was affected, with some jobs being lost and but many cuts were also related to mergers, and increased efficiencies brought on by technological advances like automation. Today, manufacturing still accounts for one-third of the island’s GDP, of which the pharma industry occupies the largest percentage. 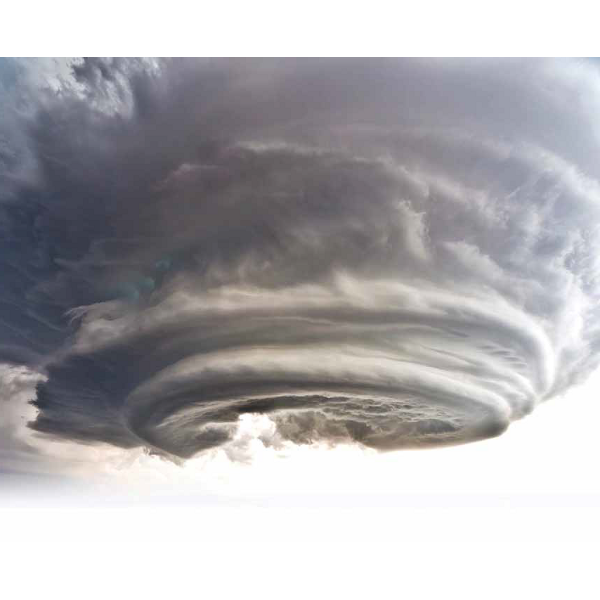