European Directorate for the Quality of Medicines and HealthCare - Continental quality

The European Pharmacopoeia harmonises pharmaceutical standards across the European continent, driving down costs and ensuring citizens receive effective healthcare, whatever their national origins. Dr Susanne Keitel, director of the European Directorate for the Quality of Medicines and HealthCare, talks to World Pharmaceutical Frontiers about the challenges in maintaining this state-of-the-art compendium for a truly global research landscape.

Since its initiation in the 1960s, the campaign to harmonise pharmaceutical standards remains one of the greater, if lesser-known, European achievements. These continent-wide standards have allowed member states to enhance the quality of medicines they are able to provide, while saving vast amounts of money.

The key to this development has been the publication of the European Pharmacopoeia, a legally binding compilation of monographs that regulates medicines and their, ingredients across the European continent. When it was first published in 1969, 19 different pharmaceutical compendia held a precarious grip over the drug standards of the member states. Now, with over 2,300 monographs jointly elaborated by 37 member states included in the work, the talent of scientists across the continent is compiled in one easily accessible document.

This has enhanced the ability of the European Pharmacopoeia to solve, in its own way, a long-standing problem afflicting international medicine. "If you have the same standards in the quality, in an emergency situation it is possible to rely on the medicines of other countries," says Dr Susanne Keitel. As director of the European Directorate for the Quality of Medicines and HealthCare (EDQM, Council of Europe), she oversees the establishment of the massive compendium. "What the member states of the European Pharmacopoeia can achieve together in this realm could never have been achieved by any one nation."

Keeping pace with the rapidity of innovation in the medical industries means existing monographs have to be revised frequently and new ones established, activating a complex liaison process between European, national and international stakeholders. "All decisions are taken by the European Pharmacopoeia Commission, composed of delegations of up to three representatives nominated by the different member states," says Keitel. "The ground work, involving experiments and the drafting of the text for example, is done by more than 70 individual groups of experts, the members of which are nominated by the member states. One third of the experts originate from health authorities, with the remaining two thirds evenly divided between academia and industry."

The EDQM also makes sure that the standards set in the European Pharmacopoeia are scientifically sound and stakeholders from around the world have the possibility to be involved. "We really strive to get comments from manufacturers outside of Europe, for example from India and China," says Keitel. "The European Pharmacopoeia has as observers 26 countries from all of the continents, as well as the World Health Organization and the Taiwan Food and Drug Administration. These observers can participate in the scientific work so they can have an impact and help us shape the quality standard."

Such wide-ranging cooperation at the international level has been matched by a strong commitment to transparency. "Our draft texts are published for public consultation in a database that is freely accessible via the internet, because we believe in globalisation," Keitel explains. By making sure the text remains broadly published, and by collaborating with foreign health authorities, the EDQM is fully embracing a future where even supranational borders barely impact on the progress of medical innovation. Nevertheless, Keitel says, the organisation must remain true to the original intentions behind the European Pharmacopoeia. "What we describe is legally binding. What we're aiming for every time is to have standards and methods that are robust, relevant and also affordable."

European Directorate for the Quality of Medicines and HealthCare
URL: www.edqm.eu 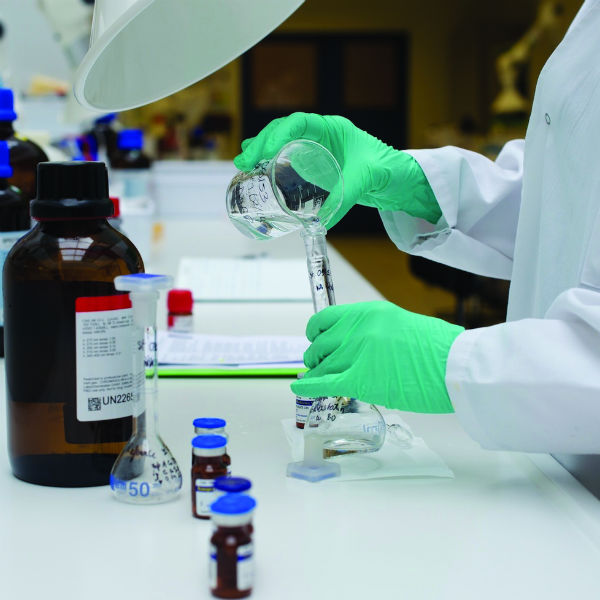