Accidents do happen, and nowhere are the consequences more serious than in our health services. Injuries from needle-sticks or ‘sharps’, as they are commonly known by health professionals, can have very serious results such as contracting a disease from a blood-borne virus such as hepatitis or HIV.

Often, simple measures can be taken to lower the chance of someone being cut by a needle. Training and practice behaviours help to prevent a dangerous incident occurring. There are also devices attached to some needles that limit the time a needle is exposed and can harm a health practitioner or patient.

NHS Resolution, which deals with compensation claims from healthcare staff who suffer an injury, says it received 1,833 claims for needle-stick injuries during 2012–17. It says of these claims that 1,213 were successful (with 326 still to be resolved), which cost the NHS more than ?4 million or the equivalent of 125 Band 5 nurses for a year.

Of the successful claims, 914 were from ancillary staff, such as cleaners, porters, maintenance and laundry staff, who were harmed because needles had not been properly disposed of. A total of 137 clinical staff made claims that attracted a pay out, with 162 from other occupations.

UK law has been drafted to reflect a European directive from 2010 (through the Health and Safety Sharp Instruments in Health Care Regulations 2013), which made it mandatory for all member countries to put legal measures into place to help prevent needlestick injuries.

Emmie Galilee, head of policy and strategy in the health and social care services sector team at the UK Government’s Health and Safety Executive (HSE), says there were already laws in place requiring employers to protect their staff. The Health and Safety at Work Act 1974 and Control of Substances Hazardous to Health Regulations 2002 cover the handling of needle-sticks, with an expectation that employers will do what is practical to reduce risks. The regulations introduced in 2013 built on the provisions of the earlier laws.

“The use of safety devices is only one element in reducing risk of needle-stick injury,” says Galilee. “They are not a complete solution and injury to the healthcare worker could still occur if the patient moves unexpectedly as the procedure takes place. Information, instruction and training in safe use of equipment are very important.”

There is a lack of evidence that sharps injuries have gone down, but between 2007 and 2013 there was only one sharps prosecution, in 2010, following a needle-stick incident in circumstances where an employee contracted hepatitis C.

The NHS trust concerned was fined for a breach of regulation 6 Control of Substances Hazardous to Health Regulations 2002 (COSHH), failure to carry out risk assessment, and for a failure to comply with section 2 of the Health and Safety at Work Act 1974.

In 2017, research by the HSE was unable to say whether the number of sharps injuries had fallen, but said it was likely, although it added, “The conclusion is that more should be done to promote uptake and compliance with the sharps regulations.”

A review carried out by the HSE from 2015–16 found that of 40 NHS organisations in England, Scotland and Wales, 95% were committing breaches of health and safety regulations, and 83% were not complying with sharps regulations. As a result of the findings, 45% were handed improvement notices by the HSE.

Typical failings found by the review included inconsistent use of safe sharps, and failure to use safer equipment that was available.

Then in 2018 a ‘Post Implementation Review’ by the HSE found that there was some initial resistance to using new devices, but this “dissipated”. Figures released by the NHS Supply Chain showed a 65% increase in the use of ‘safe sharps’ from 2014–17.

The risk of contamination is low, but for every health worker who suffers a needle-stick injury there is the anxiety of not knowing until tests have been done, the review says. A possible contraction of hepatitis B or C or HIV certainly affects a person’s quality of life while they wait for the outcome of test results. They may also be affected by the side effects of anti-viral drugs, and be forced to take time off work due to sickness.

“It is actually quite a low risk and there has been just a handful over several years,” Galilee says. “It is about reducing this as far as is reasonably practical. It is not humanly possible to eliminate risk.”

Galilee says manufacturers are working on new types of needle-sticks with safety mechanisms, but there are many already available. Examples include spring-loaded needles that retract after use, or bluntended scalpels. There are also ‘needle blocks’ to accommodate needles after use.

In some instances though there isn’t a safe version of the equipment available. “Then a safe system at work is needed to reduce risk, making sure people are properly trained, and are not leaving needles lying in a kidney tray exposed for anyone to accidentally touch it and injure themselves,” Galilee says.

She says it is especially important to be careful in dentistry and paediatric environments. Dentists may have to keep the needle to hand to top up anaesthetic, and there is a risk of stabbing themselves when they resheaf the needle.

In Europe, there are an estimated one million needlestick injuries every year, and 80,000 workers infected with hepatitis or HIV.

Most countries have introduced laws or regulations to implement the EU directive, although some, such as Austria, were resistant initially because they saw it as interference.

A survey by the European Biosafety Network showed that Denmark was an exception in that it brought in guidance rather than legislation. Awareness of the law around sharps was high in the UK, Belgium, the Netherlands, France, Germany, Scandinavia and Ireland, but less so in some eastern European countries and Greece.

“The UK did a pretty good job at adopting the EU directive. Some countries have implemented it in more detail than others,” says Ian Lindsley, secretary of the network. “Some countries are lagging behind in their policies.

In some cases there isn’t an inspection regime to check it is being adopted, and often data on safer practices isn’t available. However, Lindsley believes that awareness is higher than it was before as a result of the regulations and laws throughout Europe.

Other countries have specific problems, such as France where the district nurses are self-employed and it is difficult to direct them to change their practice. In the Mediterranean, it is tricky to order practice changes as government and health services are decentralised. The network, which was set up by the UK public services union Unison and the Spanish General Council of Nursing, helps to ensure the directive is implemented across Europe. “It is a universal directive based on a partnership between employers and unions,” says Lindsley. “Generally speaking, in the UK and most other countries there is a consensus (supporting the directive).”

Prevention is better than cure

Across the Atlantic, the authorities are also grappling with the issue of needle-stick injuries and how to prevent them.

In the US, the Needlestick Safety and Prevention Act 2001 lays down the requirements on employers to take every step to prevent sharps injuries to their staff, including the use of new technology.

One in five healthcare workers in the US suffers a needle-stick injury. Nurses are the most common profession in the US to be harmed by a needle-stick, with 40% of injuries. Statistics from EPINet show that more than half of the injuries occur in the patient’s room or at their bedside.

The Premier Safety Institute estimates that 85% of sharps injuries are preventable. It says safety devices have a big role to play in prevention, but there can be drawbacks.

The institute points to a study from 2010 of practice in French hospitals showing that ‘passive’ safety devices, that work automatically, are much more effective than those requiring the user to trigger the shielding mechanism. It recommends that healthcare workers are involved in the selection of the devices to be used, and to be aware that they may take some time to get used to using a particular device.

It has also given guidance on the safe use of sharp containers, that stipulates that they must be puncture-resistant and leak proof. They should also be easily accessible to anyone using needle-sticks.

Large bills to be paid

Back in the UK, NHS Resolution says there are many steps employers can take to avoid staff getting injured, and for them facing large bills for compensation.

There are many aspects of needle-stick safety for employers and staff to be mindful of and to put into practice. There will always be a risk, but there are practical steps that minimise the chance of being injured.

Safety devices built into needle-sticks are clearly a big help, and a means to prevent accidents. It needs to be remembered though that unless they work automatically, they rely on the user operating them properly. 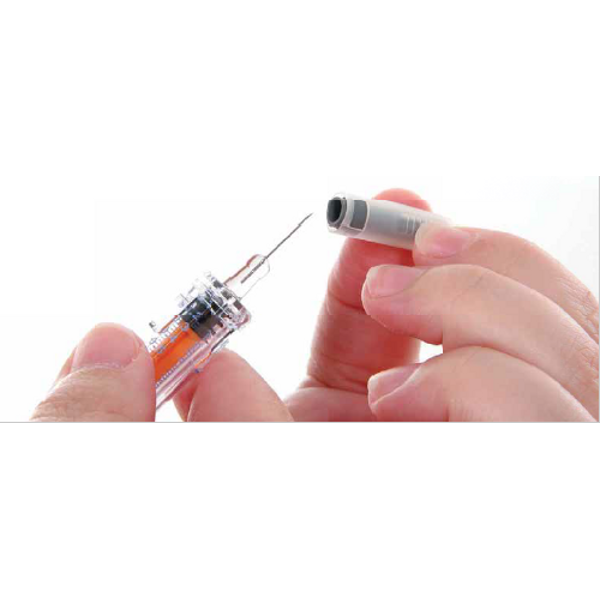 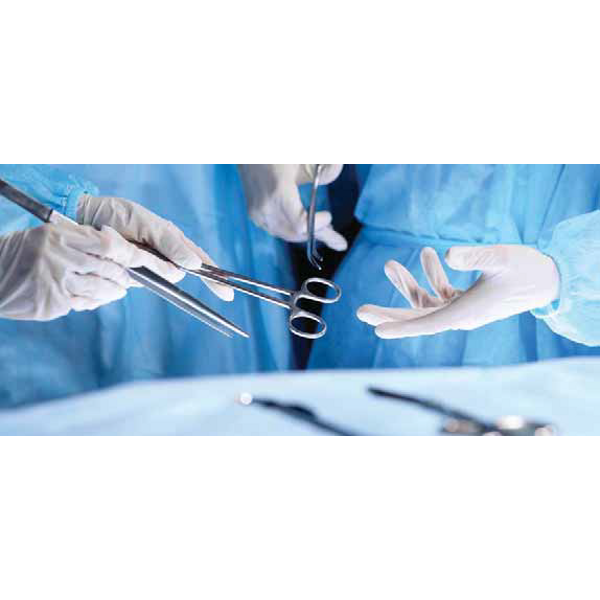 Steps need to be undertaken to ensure the complete safety of hospital staff.
Post to: