Aptiv Solutions - We are not doomed to fail

Failures in clinical trials cost money and can leave researchers with little value after what may have been a long and resource-hungry process. An adaptive design strategy, which allows trials to change course after initial assumptions have been proved incorrect, is now emerging, and gaining support among experts and regulators. Phil Birch PhD, senior VP global strategic marketing at Aptiv Solutions, explains why the next few decades' portfolios will look so remarkably different.

Where would medicine - and the health of our loved ones - be today if frequent failure in late-stage confirmatory trials did not corrode resources and innovative pipelines?

Failure rates remain unabated, despite the advent of powerful genomic and proteomic tools in the past two decades that have improved our understanding of disease biology. What has not changed, however, is how clinical evidence is collected. It has become clear to many in the industry and at regulatory agencies that serious flaws must be resolved.

The current clinical trial paradigm unnecessarily guarantees risk, namely by limiting the amount and quality of data that a trial can acquire and by forcing decisions in exploratory development based on assumptions that often turn out to be incorrect.

A more flexible approach, which allows adaptations to the trial when initial assumptions turn out to be incorrect, has attracted explicit regulatory support and significant industry investment. These adaptive trial designs de-risk development by either terminating a trial early for futility, thereby preserving capital for other medicines, or allowing pre-planned modifications to a trial hypothesis as clinical data accumulates.

For investors and the long-term health of development pipelines, adaptive design mitigates many of the greatest risks in clinical development. This makes it possible to bring more medicines to market with lower expenditure, in less time, exposing fewer patients to experimental drugs, and with better data to support medical decisions and reimbursement.

Simple adaptive designs such as futility stops or sample-size re-estimation can save anywhere from $100 million annually across a product portfolio. Sophisticated adaptive designs deployed in exploratory development enable better development decisions before commitment to expensive phase III trials, and ultimately improve the odds of success.

The significant cost savings realised from simple designs, and the potential for sophisticated designs to improve the probability of success of 'winning' molecules, have prompted several large pharmaceutical companies to convert their portfolios to adaptive design. Merck, for example, has already adopted adaptive designs for over 40% of its pipeline.

Portfolio-level implementation of adaptive design, coupled with a focus on more complex studies in exploratory development, can mitigate the common risks in clinical development and increase R&D productivity.

Many efficacy and safety-related trial failures can be attributed to inaccurate dose selection in phases I and II. In phase I, inaccurate selection of the maximum-tolerated dose (MTD) can either expose patients to needlessly high and harmful doses, or place an artificial ceiling on drug efficacy in all subsequent phases - potentially dooming a good drug, particularly for oncology. Still, more than 95% of phase I trials use the traditional 'three-plus-three' approach, despite the widespread cognisance that it is slow and often underestimates the MTD.

Alternative model-based phase I trial approaches that utilise adaptive design, such as the continual reassessment method (CRM) and the modified toxicity probability interval (mTPI), more accurately define the MTD and increase the chance of achieving efficacy in phase II. Despite regulatory support, the intensive programming requirements for implementing these designs have stunted widespread adoption. However, industry groups, including the ADDPLAN DF Consortium, comprising methodology experts at Eli Lilly, Janssen, and Novartis who are beta-testing software for simulating and comparing dose-escalation designs, are resolving the lack of validated statistical software platforms for these trials.

In phase II, most dose-finding trials test too few doses that span too narrow a range for reliable and accurate estimation of the minimum effective dose. A majority of trials test just two or three doses across a four-fold dose range, according to an analysis of dose-finding trials registered on clinicaltrials.gov 2002-2011 (see Figure 1). Since many drugs do not have linear dose responses, studying such a narrow region of the dose interval precludes a full and accurate understanding of the medicine. This has been a primary factor in a large percentage of expensive phase III trial failures.

It is rational clinical and business practice to ensure that the necessary data is acquired to properly evaluate drug safety and efficacy, regardless of the accuracy of initial assumptions, before a phase III trial begins. That means getting smarter about phase II dose-finding designs. In the design of an adaptive dose-finding trial, sponsors can simulate several potential scenarios of patient responses to a medicine and through controlled examinations of trial data during the course of the trial, pre-approved adaptations to the trial in response to that data can be made to ensure that all clinically necessary information is acquired.

These adaptations can include reallocating patients to certain dose groups and adding or dropping doses. Doing so not only increases the number of doses evaluated compared with a fixed trial, but also requires fewer patients, since patients are allocated to dose groups as needed, instead of stratification into equally sized groups regardless of need.

It is not just the design of trials that foils accurate dose selection. The statistics for estimating the target dose leave uncertainty and are prone to users errantly specifying models that can distort a dose-response relationship.

Earlier this year, in the first opinion ever issued on a statistical methodology, the European Medicines Agency (EMA) qualified multiple-comparison procedure modelling (MCP-Mod) as an "efficient statistical methodology for model-based design and analysis of phase II dose-finding studies under model uncertainty."

Using MCP-Mod, statisticians can derive objective assessments of the appropriateness of models to ensure a more informed and accurate decision on precisely what dose to advance to subsequent studies. The validated trial design and analysis software to run these types of trials is now available and is set to improve decisions made in phase II dose-finding studies. In a further development, the ADDPLAN DF Consortium plans to launch validated software for designing and executing trials that utilise MCP-Mod and adaptive design together. This is a significant step forward from running fixed design trials that fail to accurately characterise dose response and lead to poor decision-making during development.

The traditional strategy to maximise commercial return by targeting broad populations is fraught with a significant risk: dilution of a favourable efficacy or safety profile. This can jeopardise regulatory approval or undermine reimbursement competitiveness.

In fact, many approved drugs work only in a minority of patients. Abbott Laboratories scientists reported in 2001 that drugs for hepatitis C, migraines, and rheumatoid arthritis worked for half of patients, while those for cancer or Alzheimer's disease worked for fewer than one in three patients. For some therapeutic areas, predictive factors of drug performance are known and can be exploited.

By stratifying patients into clinical trials based on genetic, clinical, or demographic factors that predispose patients to favourable or adverse responses, sponsors can tailor the indication to the appropriate population, thereby improving the approved drug's safety and efficacy profiles. For example, if breast-cancer patients were stratified based on HER2 (human epidermal growth factor receptor 2) status, the success rate of breast cancer drug trials 1998-2012 would have risen from 15% to 23%. Trial costs would have dropped by 27% as well.

Economic and ethical trade-offs exist, however, between designing a trial for a niche or a broader population. Unlike the traditional fixed trial design, adaptive designs can economically test an experimental treatment in the wider patient population under investigation and in various subpopulations. Data acquired early in the trial allows for prospectively planned (and regulatory-approved) modifications to the study hypothesis, including reallocation of patient subpopulations, re-estimation of sample sizes, or elimination of patient populations from the trial.

The merits of multiple drug candidates can also be efficiently evaluated in an adaptive design, as demonstrated in the I-SPY 2 TRIAL and the upcoming National Lung Matrix trial by Cancer Research UK.

A Tufts CSDD study in 2013 identified fear of regulatory-agency rejection as a major barrier to adaptive design adoption. However, recent actions by the FDA, EMA and PMDA indicate those fears are misplaced.

Since publishing its first guidance on adaptive design in 2010, the FDA has issued additional guidance, and spoken at dozens of conferences to detail the benefits of adaptive trial designs. The EMA has followed suit, most recently publishing its first ever opinion on a statistical method, MCP-Mod, that de-risks phase II dose selection. The PMDA recently purchased software to aid in the evaluation of adaptive design-based drug and medical device approval applications.

As collaborations develop additional validated methodologies, more large pharmaceutical and biotech companies adopt adaptive designs, and public-private collaborations such as IMI's Alzheimer's initiative run large adaptive trials to accelerate testing experimental medicines, the makeup of the next decades' de-risked and productive portfolios is becoming clear. Innovation in drug research is well accepted and innovation in the fundamental process of conducting a clinical trial is set to shape the future of product development. Smart companies that adopt development innovation widely are set to prosper; those that do not are destined for difficult times. 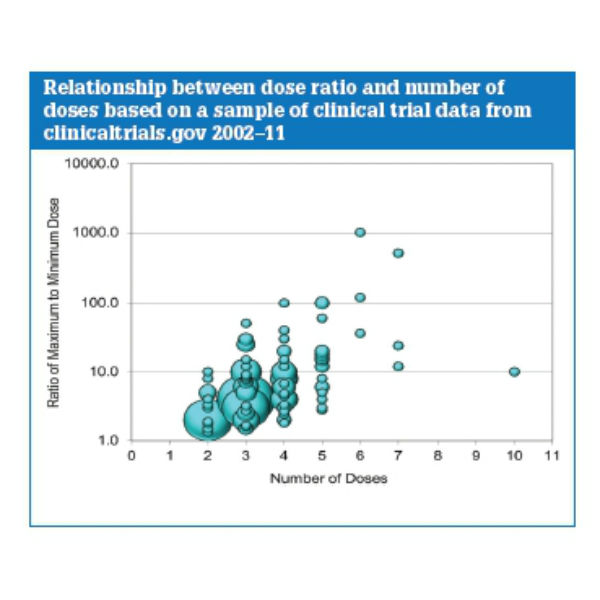 Adaptive trials represent the major route through which innovative trial design is being integrated into product development strategies.

AptivAdvantage™ is a new integrated technology platform specifically designed for the execution of adaptive trials.

Aptiv Solutions assists sponsor companies in mapping where, when and how an adaptive design can add value to a product development programme.

Implementing an adaptive strategy across a portfolio of products can be achieved in a stepwise fashion and can be undertaken by the Aptiv Solutions Innovation Center in conjunction with additional product development and regulatory experts.