Dishman Netherlands - The required API in every phase of drug development

Dishman Netherlands' pharmaceutical activities focus on manufacturing APIs and excipients. Since 1946, the company has been producing vitamin D, and has also developed a range of vitamin D analogues and metabolites, which are used as APIs in drugs. It also produces a pharmaceutical-grade cholesterol as an excipient in liposomal drug delivery systems.

Dishman Netherlands has recently expanded its focus into contract research and manufacturing activities by investing in a production laboratory. This modern facility allows the company to perform contract research and manufacturing services (CRAMS) for third parties on a small scale, focusing on highly potent APIs. In this facility, the company can work with substances that fall into the highest classes for containment, employing its recently acquired barrier isolator equipment.

Since the Dishman Group has a history and experience of producing highly potent APIs, the facility in the Netherlands complements the group's activities. Focused on small-scale production ranging from 100mg-20kg, the group offers capabilities in an FDA-inspected facility to support clinical phase work as well as commercial production. A team of process experts, chemists and analytical experts undertake the development and optimisation of synthesis routes to support early-phase development work.

Supported by strong project management skills and cross-functional teams, Dishman has the ability to do in-company upscaling and technology transfers using its network of production locations around the globe. By using these locations in China, India, the Netherlands, Saudi Arabia, Switzerland and the UK, it can offer right-size equipment and process conditions to supply the required API in every phase of the drug development process, from the early phase to multi-ton commercialisation.

Vitamin D analogues and metabolites are used as active substances to treat or cure a range of conditions, including psoriasis, hyperparathyroidism and multiple sclerosis, and are used in trials to find cancer treatments.

The vitamin D analogues are produced in the Netherlands in a dedicated facility, which has been inspected by the FDA, and are supported by the relevant regulatory registrations. The products are delivered to order and the packing is tailored to the batch size of the user.

The pharmaceutical product range includes the pure crystalline form of vitamin D3 as well as several formulations of vitamin D3 in oil and powder to allow easy downstream use of the vitamin. Dishman Netherlands can offer custom-made formulations with a tailored activity per gram.

As a precursor to vitamin D, cholesterol is an essential molecule in the human body. Its ability to form strong bonds in bilamellar systems and its behaviour in liquid-crystalline matrices make cholesterol an attractive molecule to use in liposomal drug delivery systems. These liposomal structures are partly stabilised by cholesterol, resulting in a prolonged intravenous survival time of the liposome, or in a controlled release mechanism that slowly releases the API. 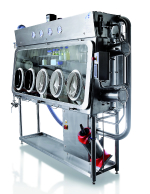