Jamjoom Pharma is among the most highly rated companies in its sector, covering Africa and Asia. Its headquarters and manufacturing facilities are in Jeddah, Saudi Arabia, and it is one of the fastest-growing firms in the region. Since operations began in Saudi in 2000, it has spread its wings to include numerous countries in the Middle East, Africa and CIS regions.

Driven by its mission to be a centre of excellence for safe and effective pharmaceuticals, Jamjoom Pharma's focus is on manufacturing products of the very highest quality for the worldwide market.

The plant's design and layout, and subsequent expansion projects were planned in consultation with consultants from the US including Lockwood Greene and CDI Life Sciences.

The core of the manufacturing and technical teams comprises first-rate scientists and technical personnel with extensive experience in multinational companies, enabling Jamjoom Pharma's products to rank among the very best in the regional pharmaceutical industry.

The company has earned several awards in recognition of its high standards and other competencies.

The manufacturing unit in Jeddah produces a wide range of dosage forms, such as ophtha multidose and unit dose, injectables, ointments and creams, oral liquids and solid dosages, such as tablets and hard and softgel capsules.

The manufacturing facility for the latter is among the best in the world and facilitated Jamjoom Pharma's recent entry into vitamins, supplements and other over-the-counter products in softgel capsule form.

Spurred by rapid growth in domestic and international sales, and the company is in the process of establishing manufacturing centres in Egypt and Algeria, and has been investing in expanding its production facilities.

Multinational firms and regulatory authorities from around the world have inspected and certified the high standards achieved by Jamjoom Pharma. Its manufacturing unit for tablets and capsules is undergoing a fourfold expansion and is expected to be ready in mid-2015.

Multinationals dealing in bulk volumes that are looking to outsourcing production of tablets and capsules should consider this unit a viable option.

Jamjoom Pharma places a strategic focus on therapeutic sectors. The current categories are ophthalmology, dermatology, cardiovascular, gastrointestinal and general medicine. The company is among the leaders in several of these fields and is rated first in dermatology in the Saudi pharmaceuticals market, while in ophthalmology it is second only to the recently merged Alcon and Novartis.

There are several other subcategories in which Jamjoom Pharma products are among the top-rated. As part of its growth and diversification strategy the company is adding new categories including CNS, oncology and nutraceuticals.

Jamjoom Pharma runs projects to familiarise recent graduates with the manufacturing sector. It also supports charitable organisations, such as Al-Basar, in carrying out blindness control schemes. Glaucoma detection programmes were carried out in the Saharan regions of Algeria, Egypt, Iraq and Morocco. 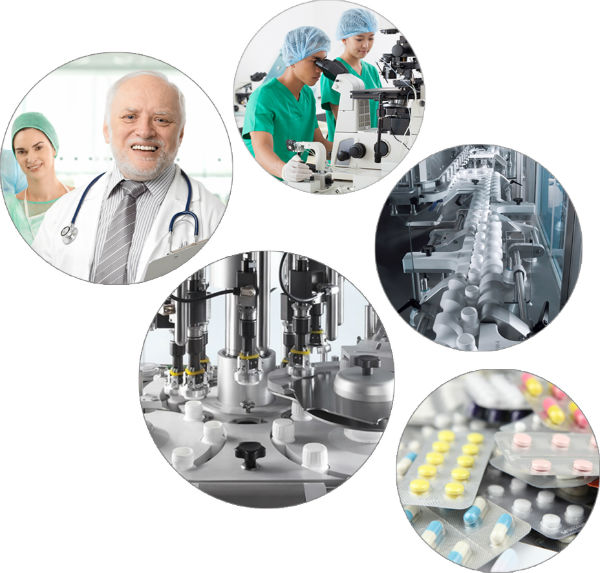