A large number of compound failures in the drug discovery process are due to toxicity. The strategy within the industry is to identify these compounds as early as possible to reduce the time and costs it takes to bring a drug to market.

The pharmaceutical and biotechnology industries have never had it so tough; the average time taken for a new drug to be brought to market is between 12 and 15 years and costs approximately $900 million. At the same time, the number of compounds that the pharmaceutical companies have in the drug discovery pipeline is decreasing while the costs of drug discovery are increasing.

The drug discovery process is being streamlined with the overlap of primary screening, secondary screening and ADMET investigation. This streamlining facilitates a reduction in the time taken to identify those compounds and/or biotherapeutics that can proceed to clinical studies. The utilisation of multiplexed cell-based assays is more physiologically relevant than traditional in vitro biochemical assays and is a sound predictor of the in vivo response to a molecule.

Molecules must be screened for non-specific, adverse biological properties such as cytotoxicity. It is important that parameters such as cytotoxicity are identified early in the drug discovery process because approximately a third of the compound failures in ADMET studies are due to toxicity.

CellReporter facilitates a fail-early approach to screening that rapidly identifies compounds with adverse biological effects. The early elimination of detrimental compounds means that only the compounds with desired biological activity are taken forward through the drug discovery process.

CellReporter occupies the niche upstream of truly high content, more expensive and technically demanding systems. To minimise the storage problems of the vast data output of such systems, CellReporter rapidly eliminates the aberrant compounds. Thus only the hit-to-lead compounds are taken forward onto the higher magnification systems for further investigation.

Genetix delivers the competitive edge when it comes to cell identification and selection from discovery to diagnosis. The company's technologies are bringing new efficiencies to biotherapeutic and biomarker research from target discovery through to clinical diagnosis. It continually delivers technological breakthroughs to increase customers' productivity and success.

Genetix offers the latest technologies for cell screening and selection, genetic testing and cancer pathology, protein science, microarraying, cell and liquid dispensing and a host of related reagents and consumables. Its customer base includes many of the world's leading biopharmaceutical, cytogenetic and cancer pathology groups.

Established in 1991, Genetix's head office is based in New Milton, UK and has offices in Newcastle in the UK, San Jose and Boston in the US, and Munich in Germany. 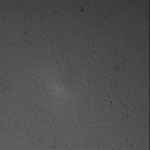 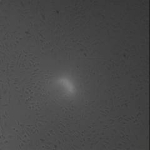