Blinded Diagnostics - The case for POC testing in pharmaceutical trials

Dr Marcia Zucker, an independent consultant specialising in all aspects of point-of-care diagnostics, explains the value of point-of-care testing in overcoming issues that can occur in clinical trials requiring blinding of personnel.

Clinical trials that are designed to evaluate the efficacy of novel pharmaceuticals require a variety of diagnostic tests to be performed on all enrolled patients. Some of these tests, such as electrolytes, are readily available at each clinical centre, and are sufficiently standardised across laboratories so that each site can report their local results on the patients' case report forms and these values will be comparable.

When such a test result is needed, and there is no need to blind the investigators to the result, the cost of running them becomes a minor part of the total clinical budget. In the cases where a test is not standardised, is not available at a local facility, or an informed clinician could infer whether a patient is in a placebo or treatment arm based on time to result, the cost and complexity of a trial can rise quickly.

Many diagnostic tests - such as coagulation assays, troponin I and b-type natriuretic peptide (BNP) - are not standardised. This means the values reported by different laboratories may not be comparable. In practice, critical values are determined by each clinical site as defined by the local laboratory method so that patient treatment is not adversely affected by these differences. However, during a clinical trial enrolling patients at multiple centres, it is critical that all data be generated with the same analysers and reagents to allow direct comparisons and statistical analyses across patients enrolled in different facilities. This can be accomplished either by use of a reference laboratory or a point-of-care (POC) device.

Using a reference laboratory can be effective for stable analytes where the concentration of the analyte being tested does not change over time during sample storage. A reference laboratory result cannot, however, be relied upon for treatment decisions during a patient visit. The delay between sample acquisition and result generation is often too long - in some cases up to several days - to be useful for immediate patient care.

Reference laboratories also present the trial's sponsor with a large number of logistical considerations. Samples must be properly prepared and transported to the reference laboratory prior to obtaining a result. The importance of sample handling and preparation becomes even more critical for those analytes, such as glucose or troponin I, that are not inherently stable in whole-blood samples. Following sample collection, the specimen must be transported locally to a laboratory capable of centrifuging the sample under specified conditions, removing the serum or plasma from the blood cells, and aliquoting the sample. Shipping may require cold pack (on ice) or frozen pack (on dry ice). Many countries do not allow shipment of packages containing dry ice without special permits, and these shipments can be prohibitively expensive. Any problem with the sample, such as insufficient volume or haemolysis, that is not identified until receipt of the specimen by the reference laboratory results in at least one lost data point. As the patient's data would then be incomplete, this could result in the need to exclude all data from that patient from the trial.

Alternatively, POC testing (POCT) may be employed. POCT systems enable each trial site to perform the testing at or near the patient's location using identical instrumentation and reagents across centres. Depending on the analyte, a POCT result is often available in under five minutes, and almost all POCT results are obtained in under 30. This allows patient treatment decisions to be made based on the result as defined in the clinical protocol, without requiring follow up several hours or days after the sample was obtained.

Should there be a problem with the sample, this is also reported immediately, allowing the collection of a repeat sample and avoiding loss of the data point. Data collection is facilitated with POCT devices through electronic download of the results. For most POCT systems, results can be exported in a standardised format allowing easy integration of data from all sites into a single database. Should the sponsor wish to retain samples for later study, a specimen may still be transported to a local laboratory capable of preparing the sample for storage. Larger, more cost-effective batch shipments to a central repository can then be scheduled by the trial's sponsor.

If a local laboratory is employed for diagnostic testing, someone in that laboratory would need to maintain a list of patient study-arm assignments, and report either a true or sham result for each sample tested as part of the trial. This restricts the hours during which a patient sample can be drawn to those when the unblinded laboratorian is available. It also could increase the risk of accidental unblinding due to possible correlation of analysis time with study arm.

For instance, an INR result for a patient receiving warfarin might be reported more quickly than that of a patient on a novel oral anticoagulant due to the time required to generate a sham INR result for the latter patient. If a reference laboratory is employed, this potential problem is eliminated. However, the issues noted above concerning delayed patient treatment and the inability to immediately repeat a result remain.

POCT combined with an interactive voice response system (IVRS) or web-based interactive web response system (IWRS) can aid in maintaining the blinding in these types of studies. The POC device can be programmed to report an encrypted result - that is, a series of digits that appears random to the operator. The person performing the test then contacts the automated system, entering information such as the patient identifier, date and time of testing, and the encrypted result. A result is then returned to the operator, often by fax for clear documentation, which is either a simple de-encryption of the result or a sham result. The clinician can then treat the patient based on this result without any indicators that might signal the study arm in which the patient is enrolled.

The combination of POCT and IVRS/IWRS has been used successfully in a large number of pharmaceutical clinical trials. The ease of use of the reporting system combined with the rapid decryption of the result leads to increased operator satisfaction, which contributes to a successful completion of the clinical trial.

Background
A phase-II diabetic nephropathy trial resulted in a global screen failure rate of greater than 70%, causing significant increase in the central lab budget as well as enrolment delays.

Sponsor's challenge
The sponsor sought to address the high screen failure rate because the phase-III trial would expand to more than 500 global sites and over 4,000 patients. Moving forward without corrective action would have involved a prolonged recruitment period and high screening costs.

Solution
The sponsor decided to use two POCT devices for pre-screening at each site to measure eGFR and UACR, as these diagnostic results represented the vast majority of screen failures during phase II. Following a complementary protocol review, Blinded Diagnostics (BDx) researched and presented seven different POCT devices as options for the sponsor to select from for pre-screening tools. The sponsor was provided with complete specifications, shipping/storage requirements, pre-analytic steps, therapeutic ranges, country registration status, test time, quality-control steps, cost per test and an investigator training estimate.

Once the sponsor made the POCT device selection, BDx worked closely with the CRO to plan and execute the roll-out deployment of devices, consumables and controls to each site. Training guides, supported by video, were prepared by BDx prior to translation into local languages. A website portal was developed and designed by BDx for sites to register the devices and confirm the successful completion of the normal and abnormal quality-control check for each device. BDx delivered didactic and hands-on training for each device during the planned investigator meetings.

Phone, email and online meeting support was provided by BDx during the study to answer site staff questions and to solve technical issues. Routine webinar meetings were conducted to provide training for new site staff as well as site staff who could not attend the investigator meeting. BDx also conducted site visits as needed. Each staff member trained was provided with a POCT certification.

Records of each successful installation and certification was reported weekly by BDx to the sponsor and the CRO. BDx also provided site staff with best practice documents to ensure the POC tools were being used optimally.

Study status
At the one-year anniversary of the pre-screening phase, the following observations have been noted: 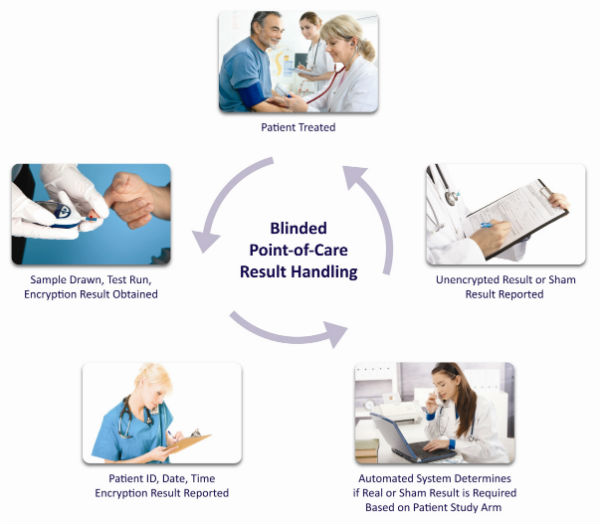 Over the last decade there has been an increase in the use of POC diagnostic tools at Investigator sites. 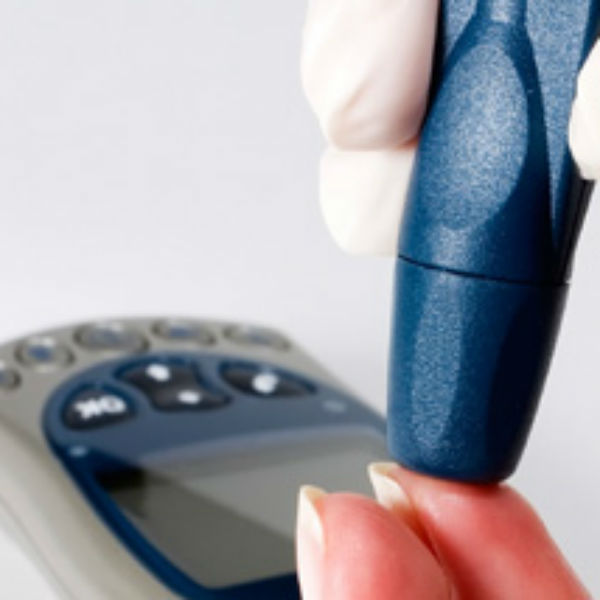